NEW YORK CITY— Goldcrest Post has added colorist Steve Beganyi to its team of senior artists. Bringing more than 20 years of post-production experience, much of it centering on documentary films and television series, Beganyi joins a department dedicated to sound and picture finishing for docs. His recent credits include Jerusalem: City of Faith and Fury for CNN and My Next Guest Needs No Introduction with David Letterman for Netflix.

“Steve is one of the industry’s top documentary colorists,” says Goldcrest Post managing director Domenic Rom. “He brings passion to the work as well as technical know-how and experience. We’re excited to have him join our growing team.” 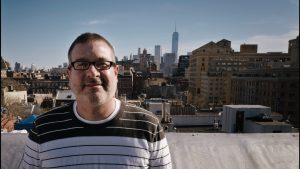 Having worked independently for more than a decade, Beganyi says he jumped at the opportunity to join Goldcrest Post full time. “What I love about Goldcrest is the environment,” he insists. “It’s an intimate space, but it offers the latest technology and workflows. It has a wonderful atmosphere and has an exceptional team with a lot of experience in documentaries.” He adds that having a permanent home will help him attract more high-profile documentaries and series. It will also enable him to better support projects with complex delivery requirements, including HDR.

Beganyi has collaborated with Goldcrest frequently over the years, including on the recent Netflix projects The Business of Drugs, Connected: The Hidden Science of Everything and Rotten. “I’ve been bringing more projects here, because my clients love it,” he says.

A graduate of NYU’s Film and Television program, Beganyi began his career as a photographer before transitioning to post-production via PostWorks, New York. Originally an online editor and colorist, he has focused solely on color grading for more than 15 years. Among his early successes was Anthony Bourdain: No Reservations. He graded more than 100 episodes of the popular food series. He also graded the sequel, Anthony Bourdain: Parts Unknown. Other notable credits include Undercover Boss, The Layover and The Hunt with John Walsh.

“I’ve always loved documentaries. I love the challenge,” Beganyi says. “Inevitably, they present technical hurdles, budget considerations and demands for creative problem solving. Some colorists like to bounce around, but I chose to focus on documentaries because I enjoy the format and want to continue working in it.”