Studio City, California—This week, the Motion Picture Sound Editors (MPSE) will present George Miller with its annual Filmmaker Award, the organization’s highest honor. The Australian director is being recognized for a diverse body of work that includes Happy Feet (an Academy Award-winner for Best Animated Feature), Babe: A Pig in the City and Lorenzo’s Oil, as well as Mad Max and its three sequels.

Created by Miller and Byron Kennedy in 1979, the Mad Max series is one of the most successful action movie franchises of all time. Produced on a modest budget, the original film pulled in more than $100 million at the box office, making it, at the time, the most profitable film ever made. Miller’s haunting, cutthroat vision of a post-apocalyptic world has since woven its way into pop culture and spawned countless imitators. 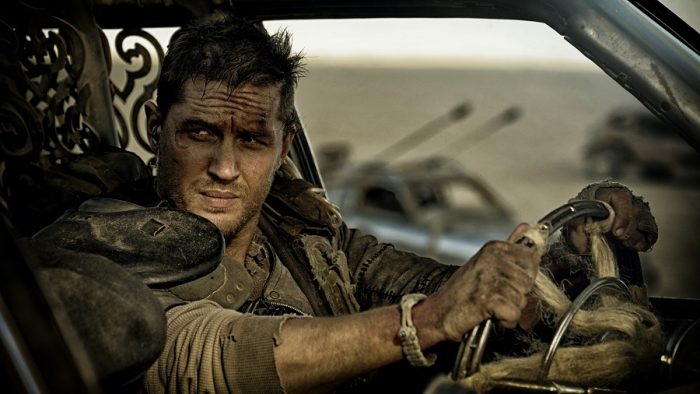 Like its predecessors, Fury Road has a simple premise: loner Max (Tom Hardy) and driver Furiosa (Charlize Theron) race across a desert to escape the masked warlord Immortan Joe (Hugh Keays-Byrne) and his fearsome gang. It’s a relentless, high-speed chase through a ravaged landscape, punctuated by battles, sand storms and explosions.

Re-Recording Mixer Chris Jenkins and Supervising Sound Editor Mark A. Mangini spent two months in Sydney working with Miller and his Australian sound team on the film. “Working with George was one of the great experiences of my career,” Mangini recalls. “He is a consummate collaborator. As the creator of Mad Max, there was no detail so small that he couldn’t explain it. If you ask about a skull on a steering wheel, he’ll describe the genealogy of the car’s driver.”

“George is meticulous. There’s a logic behind everything in his films,” agrees Jenkins. “As a human being, he is soft spoken, gentle and kind, but as a filmmaker, he’s driven.” Jenkins adds that Miller’s drive for perfection led to long mix sessions. “We worked 20-hours-a-day, seven-days-a-week. And often, after we’d finished around midnight, I’d receive a text or a video. ‘Hi Chris, it’s George. I want to talk to you about some things we might focus on tomorrow.’ He was super into it, but also super appreciative. He treated everyone, from the assistants to the composer, with the same respect. It was beautiful.”

With its wall-to-wall action, Fury Road was a sound designer’s dream and Supervising Sound Editor Scott Hecker, who worked on the project from Southern California, says the sound team was challenged to sonically articulate the spectacular imagery and atmospherics in support of the film’s story. “There are a few quiet moments that are wonderful, but otherwise, it’s a wild ride,” he notes. “George set the table so deliciously with the visuals that it was incumbent on sound to rise to the occasion.”

Hecker points to the film’s extended climax where Max and Furiosa engage Joe and his army in a fight to the finish. “George does not like to depend on visual effects. He prefers to do as much practically and in-camera as possible,” he explains. “So, the sound also had to be visceral and real. In the last scene, there is so much going on, with all the fighting and the vehicles. Getting the sound to convey the action and excitement without becoming cacophonous was a monstrous endeavor—but also the most fun.”

The way Miller uses sound is reflective of his overall philosophy toward filmmaking, says Mangini. “It’s about guiding the audience’s focus,” he explains. “George is obsessive about images and knows exactly where he wants to direct the audience’s attention at any given moment. It’s the same with sound. We hear the things he most wants the audience to hear. Everything else is subservient. He calls it ‘finding the top of the pyramid.’” 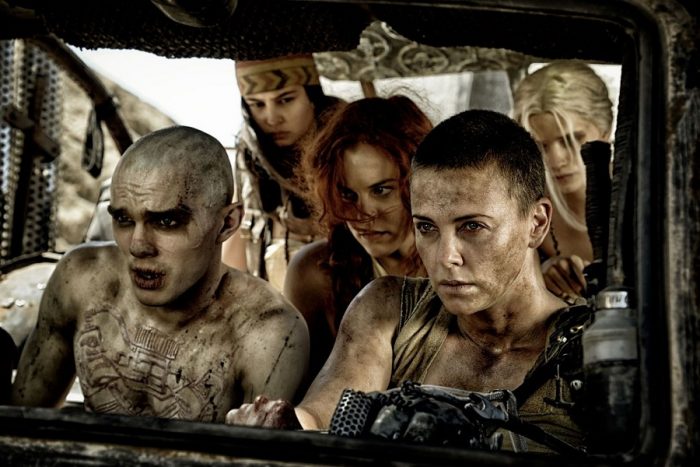 Fury Road is a vastly different film from the original Mad Max. Jenkins notes that the latter has an austere soundtrack that employs sound design selectively and with precision. “But Fury Road is full-throttle sound,” he says. “It’s everywhere and integrates seamlessly with the visuals and the music provided by Junkie XL.”  (Junkie XL, Dutch composer Tom Holkenborg, won an Australian Academy of Cinema and Television Arts Award for Best Score.)

Mangini says that the sound team knew that they were part of something special. He describes watching the film with Miller and the sound team after the mix was complete. “After we were done with our notes and about to say our goodbyes, George told us how impressed he was,” he recalls. “’Fury Road,’ he said, ‘is a movie we see with our ears.’” 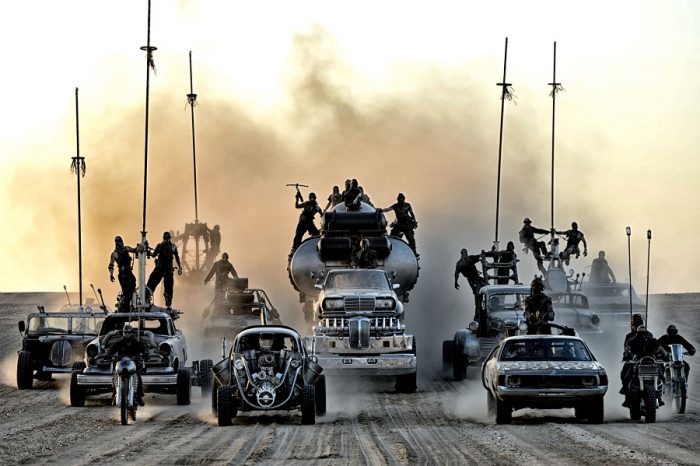