The credit, for post-production work conducted in the state, has also been expanded to include remote workers.

NEW YORK CITY— The Post New York Alliance (PNYA) applauds New York Governor Andrew Cuomo and the State Legislature for their recent agreement to extend The Empire State Film Production Credit and Post Production Credit through 2026. In including an extension of this essential credit program in the state’s new budget, lawmakers have recognized the vital importance of film and television production and post-production to job creation, tax revenue and the state’s broader economy.

The PNYA has been a tireless advocate for the Film & Television Post Production Incentive, which provides a fully refundable tax credit of 25 percent on qualified post-production costs incurred in New York State. This year, the PNYA successfully lobbied legislators to amend the law to include work conducted remotely. With COVID-19 causing many New York post-production professionals to work from home, this change will safeguard jobs and ensure that New York remains a magnet for high-profile, and highly-profitable film and television projects. 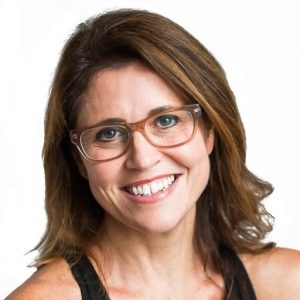 In testifying before the legislature’s Economic Development Budget Hearing, PNYA Chair Yana Collins Lehman called the Post Production Credit “an unparalleled success.” She noted that it has attracted scores of editorial projects to New York and allowed New York post-production and visual effects companies to compete with their counterparts in Canada, which has a 48 percent VFX labor credit, and the UK, which offers a 30 percent credit. “We’ve succeeded in repatriating high-paying VFX jobs from China and India,” she added, “because producers prefer to work with talent in the same time zone.”

A recent economic impact study conducted on the state’s behalf by Camoin 101 concluded that the Production Credit and Post Production Credit have been boons to New York’s economy. From 2019 through 2020, the programs generated $9.9 billion in direct spending in the state, resulting in more than 100,000 jobs and $7.2 billion in earnings.  They did so while more than paying for themselves, as tax collections exceeded payouts for both credits. The report also cited the credits’ indirect benefits in terms of boosting other industries, including tourism. It also noted that the credits have a “cluster effect,” in the form of “a self-reinforcing cycle where businesses, workers, and infrastructure serve to perpetuate the advantages of producing in New York.”

“The Empire State Film Post Production tax credit has supported the creation of thousands of jobs and billions of dollars in wages and economic activity,” concludes Lehman. “In extending the program and clarifying the position of telecommuting workers, the State has ensured the continued growth, vibrancy, and vitality of the post-production industry throughout the state.”