NASHVILLE—Howling Music has hired agency producer Brittany Gutierrez to join the Nashville-based music house as Executive Producer. Gutierrez brings over a decade of producer experience, most recently with Ford’s longtime key agency GTB. Her focus will be on expanding Howling’s agency connections while assisting with production oversight and management.

“Brittany has been one of our best clients and we’ve always been blown away with her creative and organizational skills,” says Howling Music Managing Director David Grow. “We feel very lucky to have an agency pro like Britt on our team. It’s a perfect match.” 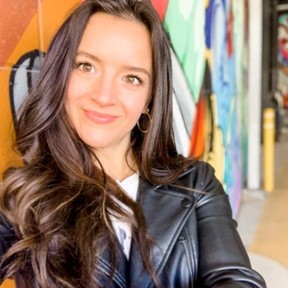 A life-long music fan, Gutierrez says that she could not pass on the opportunity to move to the music side of the advertising industry. “I love music and really believe in this company completely so that made it an easy decision,” she observes.

She adds that she is especially excited to introduce Howling Music’s library to agencies and brands. “It stands apart from other music libraries,” she says. “It’s an eclectic collection and offers quality tracks that you really can’t find anywhere else.”

Gutierrez spent close to four years at GTB as a producer of broadcast and integrated media for Ford and other accounts. She also worked with Ford Communications on public relations assignments. Previously, she spent four years at Commonwealth/McCann, producing television, out-of-home and digital advertising, including for Chevrolet’s reintroduction of the Corvette Stingray. She began her career with Inspira Marketing Group.