The new Screen Gems thriller The Unholy follows Alice, a young hearing-impaired girl who, after a supposed visitation from the Virgin Mary, is inexplicably able to hear, speak and heal the sick. As word spreads and people from near and far flock to witness her miracles, a disgraced journalist hoping to revive his career visits the small New England town to investigate. When terrifying events begin to happen all around, he starts to question if these phenomena are the works of the Virgin Mary or something more sinister. The Unholy is produced by Sam Raimi, Rob Tapert and Evan Spiliotopoulos, written for the screen and directed by Evan Spiliotopoulos, in his directorial debut, and is based upon James Herbert’s best-selling book Shrine. 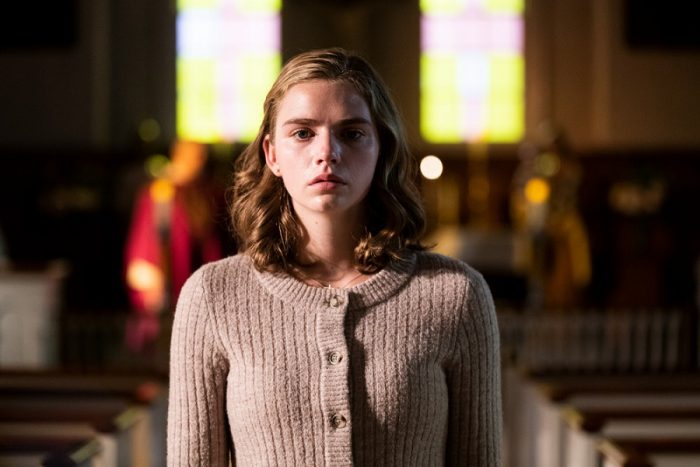 Much of the film’s suspense is delivered to the audience through their ears. Its creepy soundtrack, edited and mixed at Sony Pictures Post Productions Services by a sound team led by Supervising Sound Editor Kami Asgar and Re-Recording Mixer Steven Ticknor, serves up a delicious mix of eerie sound effects, disembodied voices and dark, chilling music. (Original music was composed by Joseph Bishara.) “Sound is important in all films, but in a supernatural thriller, it’s gigantic,” says Spiliotopoulos. “What you hear and what you don’t hear are essential to crafting scares.”

Among the biggest challenges for the sound team was creating an aural presence for the malevolent spirit that communicates with the outside world through Alice. (Alice believes she is in contact with the Virgin Mary, but, in fact, it is the essence of a witch, burned at the stake centuries earlier and bent on revenge.) The role of Mary is shared by two actresses. Her masked, serpentine on-screen presence was performed by contortionist Marina Mazepa. Her incarnation as a disembodied voice was supplied by voice actress Lorna Larkin.

Both aspects of Mary are enhanced by sound. “For Marina’s scenes, Kami created sound treatments to match her odd, unnatural body movements, the way she crawls, twists her body and wheezes,” Spiliotopoulos explains. “For vocal scenes, he manipulated Lorna’s voice and added effects to make Mary more ghostlike and mirror her mood swings. She can be speaking calmly, but suddenly become upset and her demonic side comes out. In a moment, she goes from sounding like a normal human being to something vicious and otherworldly.”

Asgar says that injecting just the right unearthly quality into Mary’s voice required special care. “It couldn’t be overly treated or demonized because it had to sound believable,” he observes. “The sense of evil and malice had to come from the performance. Anything we added had to be applied with restraint.” 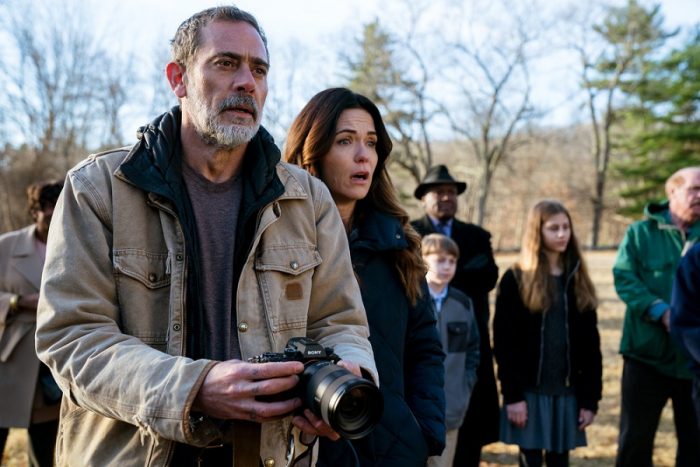 Sound contributes not only to the film’s paranormal aspects, but also to its elements of realism. The sound team went to great lengths to accurately recreate the soundscapes of small town New England, the simple clapboard church where much of the action takes place and other environments. “The Unholy is a very, very grounded film,” says Spiliotopoulos. “It’s not a fairy tale town where weird things happen. It is set in a real town of the 21st century. That realism of time and place makes the supernatural intrusions more impactful.”

Tension rachets and scares arrive faster and with escalating force as the story builds toward its crescendo. The visuals become more sensational and the sound more laden with evil. “Our job was to use horror sounds strategically to shock and stun the audience on a rising scale,” explains Ticknor. “This film is full of arresting visuals and when they are accompanied by the right sounds, they jolt you out of your seat.”

Sound post-production was carried out during the COVID-19 global pandemic. As a result, much of the collaboration that normally occurs between sound, production, picture editorial and other departments had to be conducted remotely. To overcome this limitation, the sound team used Sony’s 360 Virtual Mixing Environment (360 VME), which allowed everyone to listen to mix sessions through headphones in a manner that simulated the environment of a theatrical dub stage.

Asgar says that Sony’s 360 VME was the next best thing to being there. “The work we do is very collaborative,” he explains. “Normally, the whole team is together for the mix—the sound editors, mixers, the director and the picture editor. We bounce ideas around and try things. In this case, everyone was in a different location and listening in on 360 VME headphones, which replicated the sound of the mix stage. Everyone could hear exactly what we were playing as if we were sitting in a theater. It was phenomenal!”

“It worked great,” agrees Ticknor. “It allowed us to get the mix most of the way there so that when we were able to get to the mix stage in person, we were able to complete a final mix of the dialogue, effects and music quickly. The team worked together very well.” 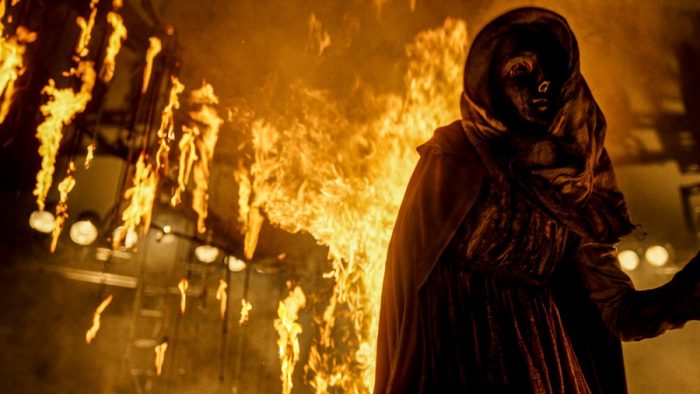 A scene from Screen Gems THE UNHOLY.

As a first-time director, Spiliotopoulos was fascinated by the various aspects of sound post-production and how they contributed to his dark and thrilling story. “The entire experience—sound design, effects, Foley, ADR and mixing—was new to me but also gratifying,” he says. “Everyone on the team was a consummate pro and they made each step in the process fun. We had a blast.”