Where Are They Now?

An Adelaide native, Chelsea trained at Rising Sun Pictures (RSP) in 2016 while working toward a Media Arts degree from the University of South Australia (UniSA). Moving quickly into a staff position as a VFX Coordinator at RSP, she worked on a string of high-profile projects including Captain Marvel, Alita: Battle Angel, Thor: Ragnarok and Game of Thrones. Then, in 2019, she accepted a post with Important Looking Pirates (ILP), a VFX studio based in Stockholm, Sweden, and moved halfway around the globe to become part of a team attached to such hit shows as The Mandalorian, Westworld, Lost in Space and The Stand. Promoted last year to VFX Production Manager, she now supports artists working on-site and remotely, while coordinating with studio clients and production partners around the globe. 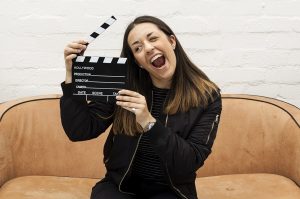 “I’ve been super fortunate,” she reflects. “It’s an honour to be associated with popular movies and TV shows. When you are involved in a project, your work is broken down into discreet shots and you are focused on the micro level. You don’t get to see the bigger picture. Once the film or show is released and you see how your shots fit into the project, it’s pretty cool, especially knowing you had a hand in making it happen.”

As a student at UniSA, Chelsea hadn’t settled on a career path until her interest was piqued by a class in computer animation. She later took short courses in compositing and dynamic effects at RSP and got hooked. “Studying under teachers who were working professionals was a dream,” she says. “I discovered that there are so many things you can do in visual effects and I wanted to learn it all.”

Having built a strong demo reel at UniSA, Chelsea landed her first industry role at renowned Adelaide games studio Mighty Kingdom, while still working toward her degree as a 3D artist. However, she soon determined that her role lay in another department. “I recall sitting at a computer doing modelling work when I overheard the production team on a call with a studio,” she says. “I thought, ‘They’re talking to a major studio about plans for the project. That’s crazy cool.’ I realised that working in production was more natural for me. As a VFX producer, you communicate with everyone. You’re the string that connects people.”

The knowledge Chelsea gained though her education and training, coupled with her positive, driven attitude, allowed her to thrive in her role as VFX coordinator at RSP. She learned how the various departments at the studio functioned and interacted with one another, she mastered Shotgun, the workflow management software used by RSP and many other studios, and she helped teams deliver complex sequences for more than a dozen films. She proved her value as a team member and earned the respect of her colleagues.

When two of her co-workers returned to their native Sweden to join ILP, Chelsea, eager to travel and expand her skill set, sought to follow in their footsteps and sent in an open application. Within a couple of months, she was on her way to Stockholm.

In Sweden, Chelsea continued to broaden her experience while mostly working on high-profile television projects. After only a year and a half, she stepped into her current role as VFX Production Manager. “ILP is a generalist company, and many responsibilities fall to each artist or team member,” she relates. “My task list can change overnight. If we get feedback from a client, we may have to alter our schedule.  I also deal with global resourcing for my projects. I ensure that we can deliver with the resources we have without impacting other projects. It’s a puzzle, but it’s fun. No two days are the same.”

Chelsea credits her training at RSP for her resilience and problem-solving skills. “RSP provided me with a solid foundation,” she says. “The skills I learned there and at UniSA gave me the confidence to grow and take it elsewhere.”

Visual effects is a dynamic industry. The toolset is constantly changing and the skills needed to progress are always evolving. Chelsea advises aspiring professionals to be flexible. “It’s rare to land your dream job straight off,” she notes. “As a young artist or producer, you may not know what you want or what role is best for you. I initially thought modeling would be for me. When I discovered that it wasn’t, I pivoted. You have to be smart, keep an open mind and take advantage of the opportunities that come your way.”

Chelsea is enjoying her time in Sweden, pointing to its “active lifestyle and long summers.” She notes that she and her co-workers occasionally “go swimming during lunch.” She also relishes work that is challenging and rewarding. “The people who get ahead in this industry are passionate,” she insists. “As a student, you may not start out at the top of your class, but if you are enthusiastic, able to take criticism and keen to learn, you will do well. If you work hard, keep pushing and let your passion shine through, you will succeed.” 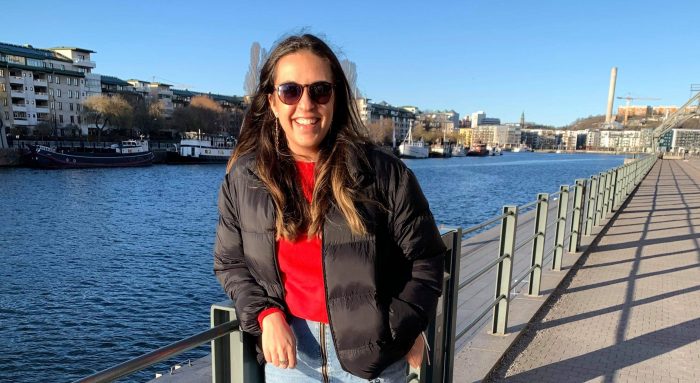 The studio enjoys the advantage of being located in Adelaide, one of the world’s most liveable cities. That combined with its sterling reputation, and access to one of the largest and reliable rebates, has made it a magnet for filmmakers worldwide. This has propelled RSP to continued success and enabled them to contribute to a range of projects including Mortal Kombat, Black Widow, Ford V Ferrari, Spider-Man: Far from Home, X-Men: Dark Phoenix, Captain Marvel, Dumbo, The Predator, Tomb Raider, Peter Rabbit, Animal World, Thor: Ragnarok, Logan, Pan, the X-Men franchise and Game of Thrones.