DALLAS— Scripps-owned Las Vegas television station KTNV is highlighting its connection to a community that has more to offer than its famous Strip through an inspiring, new theme created by Stephen Arnold Music. Titled Home Is Las Vegas, the song is an integral part of a rebranding campaign for the station’s award-winning evening news broadcast, Action News, and its mission to “provide news that matters to Nevadans with depth, accuracy and compassion.” 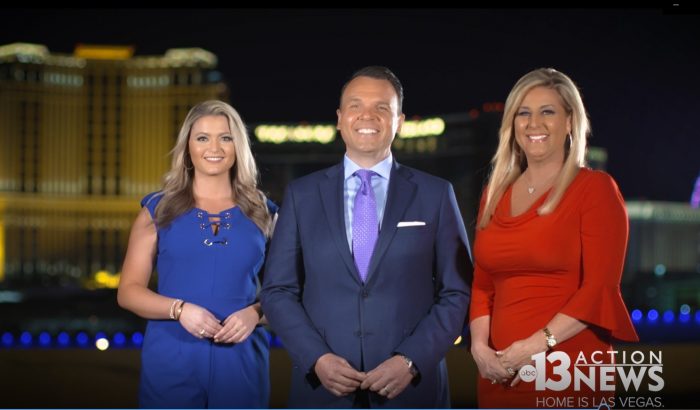 Conceived by KTNV Director of Marketing and Creative Services Larry Watzman and Promotions Manager Jenny Dolph, the first three spots in the campaign center on the diverse people who call Las Vegas home. One spot features real Las Vegas residents converging on a mountaintop for a wedding. Another presents portraits of people of different ethnicities with nearby Red Rock Canyon providing a spectacular backdrop. The accompanying song echoes the themes of multiculturalism and shared purpose, ending with the refrain, “Together, together, together…Home Is Las Vegas.”

The goal of the campaign is to show that KTNV, and the community it serves, have emerged from a challenging period with a new sense of purpose. “The world has changed immensely over the past year,” says Watzman. “What people want from local news has changed. They want to feel a sense of community. They want a positive message, and they want depth. They want to know the ‘why’ behind the story.”

KTNV has collaborated with Stephen Arnold Music frequently over the years and values the studio’s ability to create music that is memorable and strikes a strong emotional chord. “We wanted to offer light, to make people feel inspired again and embrace what we have here in Las Vegas,” observes Dolph. “This music evokes love, belonging and hope. It’s our way of telling people, you’re not alone and the future is bright.”

Stephen Arnold Music Creative Director Chad Cook says the song’s power lies in its simplicity. “The lyrics give you goosebumps,” he says. “With the music, we explored a variety of directions before settling on a sound that’s modern but has soul. It has a slight gospel-esque element. It’s hip and has a West Coast vibe that feels genuine to this community.”

KTNV plans to employ other versions of the music in future spots and other marketing media. “In the next phase of the campaign, an instrumental version of the song will play under interviews with our anchors,” notes Watzman. “They are out in the field talking about living in Las Vegas and what the community means to them.” 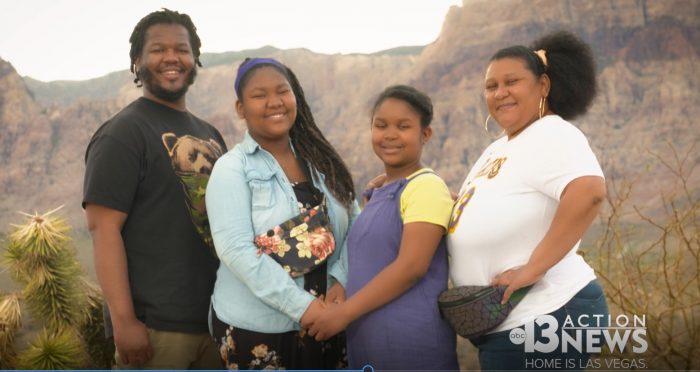 About Stephen Arnold Music:
Often referred to as the most-heard, least-known composers in the world, Stephen Arnold Music’s creativity is experienced every day in more than 500 million homes worldwide.  Based in Dallas, Texas, with additional studios in Santa Fe, New Mexico, The World Leader In Sonic Branding® has more than 25 years of success delivering impactful, brand-defining music that makes a difference for today’s top networks, cable channels, content creators, television stations, digital media outlets, production companies, corporations and advertising agencies.  With multiple Emmys, Addys and Promax Gold awards to their credit, Stephen Arnold Music’s specialized approach and commitment to the power of sonic branding, research, state-of-the-art production and unparalleled customer service is at the core of its promise. Stephen Arnold Music continues to set the creative bar in a highly competitive content landscape. For more information, please visit http://www.stephenarnoldmusic.com

KTNV-TV is the ABC affiliate in Las Vegas, Nevada owned and operated by The E.W. Scripps Company. The station is committed to making Las Vegas a better place for all families and communities here in Southern Nevada. 13 Action News strives to solve problems for locals, problems that government and big business often ignore. The KTNV team is the station that asks the tough questions and holds those in power accountable.

About Scripps
The E.W. Scripps Company (NASDAQ: SSP) is a diversified media company focused on creating a better-informed world. As the nation’s fourth-largest local TV broadcaster, Scripps serves communities with quality, objective local journalism and operates a portfolio of 61 stations in 41 markets. The Scripps Networks reach nearly every American through the national news outlets Court TV and Newsy and popular entertainment brands ION, Bounce, Grit, Laff and Court TV Mystery. Scripps is the nation’s largest holder of broadcast spectrum. Scripps runs an award-winning investigative reporting newsroom in Washington, D.C., and is the longtime steward of the Scripps National Spelling Bee. Founded in 1878, Scripps has held for decades to the motto, “Give light and the people will find their own way.”