In his first project for the Santa Monica post-production facility, colorist J.R. Benson applies the finishing touch to Mobolaji Olambiwonnu’s film about the events that helped spark the Black Lives Matter movement.

SANTA MONICA—Arsenal FX Color provided post-production finishing services for Ferguson Rises, director Mobolaji Olambiwonnu’s inspiring documentary about Ferguson, Missouri which in 2014 became a flashpoint for the civil rights movement after a white police officer was acquitted of criminal charges in the killing of Michael J. Brown, an unarmed black man, sparking days of protest and rage. Senior colorist J.R. Benson, in his first project for Arsenal FX Color, worked with Olambiwonnu and cinematographer Jerry Henry to finalize the look for the film, which makes its world premiere on June 15th as part of the Tribeca Film Festival’s inaugural series of Online Premieres. 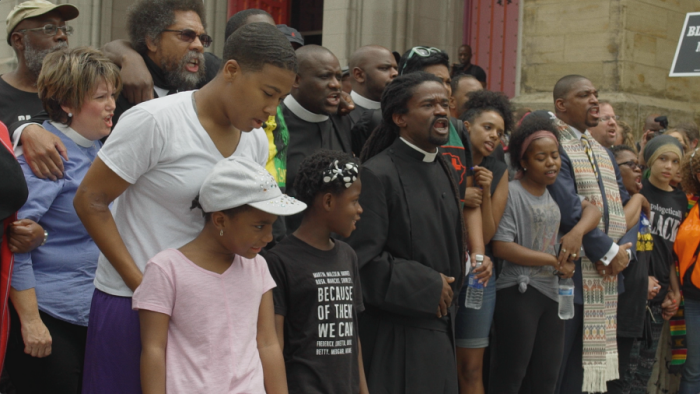 Olambiwonnu’s documentary feature debut, Ferguson Rises is a story of community spirit, rebirth and transcendence. Through interviews with Brown’s father, his friend Dorian Johnson (who witnessed the shooting), community leaders and many others, the film shows how, in the six years since Brown’s death, the citizens of Ferguson have overcome racism and division through “love, hope and beauty.” It is the story of a father’s grief and a small town that gave rise to the global Black Lives Matter movement.

“The narrative in the media was oriented toward what the community lost,” says Olambiwonnu, who was motivated to make the film, in part, through his own experience as a teenager being arrested for a crime he did not commit. “I wanted to go deeper and look at the human beings, on all sides, who were affected by these events, the police, white citizens, black citizens, Michael Brown’s father, and others. I wanted to provide a counternarrative to the events that took place, one based not on loss, but on hope and resilience.”

Benson had not previously worked with Olambinwonnu or Henry before post-production finishing began last year at Arsenal FX Color, but he says they quickly bonded over the film’s subject matter. Having witnessed rioting sparked by racial unrest as a child growing up in Detroit, Benson says Brown’s killing struck a nerve. “It was personal to me,” he recalls. “When I first looked at the material, I had a very emotional reaction to what I saw because I lived that. From that moment, Mobolaji, Jerry and I were on the same page and it is apparent in the way we colored the film.”

Olambiwonnu sought to use color to present an image of Ferguson that contrasted with how the city appeared in news coverage. “I wanted to convey hope when you first see the town,” he explains. “So, the film opens with vibrant saturated colors. It feels uplifting. Later, as the subjects reflect on the tragedy and the turmoil that engulfed their city, we move into a more desaturated realm, both to underscore the change in mood and to distinguish the present from the past. By the end of the film, we increase the color spectrum again as people feel more hopeful and life comes back to the community.” 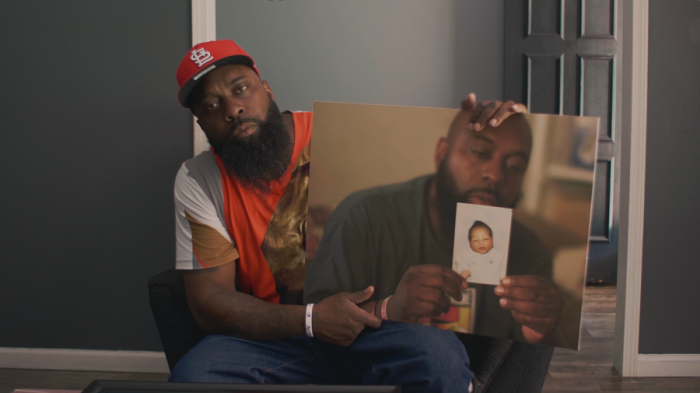 Ferguson Rising wasn’t a simple film to color. Olambiwonnu recorded the interview segments over a period of six years, working with a variety of cameras. Additionally, the film incorporates news footage and other archival media documenting Brown’s killing, the trial of Darren Wilson (Brown’s killer) and the civil unrest that followed. All that material needed to be brought in a consistent aesthetic and conform to the story’s narrative arc. “It wasn’t the kind of a project where I could work from the director’s and the DP’s notes,” says Benson. “I needed Mobolaji and Jerry in the room with me. Each scene had a different style and emotional pitch.”

Benson notes that news footage of Brown’s death required especially sensitive handling. “He’s lying in the street, police are standing over him and his friend, Dorian Johnson, is there in tears,” Benson recalls. “I monochromatically shifted the look and left the color very flat. It helped to capture the emotion of the scene where a man was shot to death for no reason.”

Color was also used to subtly build empathy with Olambiwonnu’s interview subjects. Many of those segments were shot in summer months and some speakers were visibly sweating in the Missouri heat. “Our first thought was to tone down the shiny spots on their faces,” says Benson. “But then it occurred to us, no, this isn’t a Hollywood production. Let’s keep it real. In the end, every inch of the movie is real. People were not wearing make-up and so if the skin tone dropped off because the sun moved, that was okay. We went with it.” 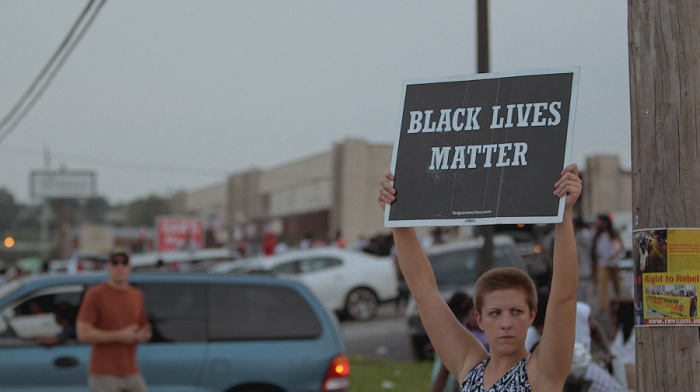 Benson began working on Ferguson Rises shortly after joining Arsenal FX Color last spring. He had spent the previous 11 years in Atlanta, where his credits included the Warner Bros. feature Shaft and the television series Sleepy Hollow, Satisfaction and Halt and Catch Fire. Having begun his career in Southern California, Benson says his goal in returning to join Arsenal FX Color was to focus on creatively and technically challenging projects. His experience with Ferguson Rises, he notes, proves he made a smart choice, saying, “It was the perfect project and it came along at the perfect time.”

Ferguson Rises is the first in a series of films that Olambiwonnu plans to produce through the foundation he created Hope, Love and Beauty Project. Its goal is “to produce inspiring films and events that bring hope, healing, dignity and investment to communities in need across the globe.”