A new public service campaign features an awkward talk between father and son.

CHICAGO and BOULDER—A man sits down with his 45-year-old son for a frank discussion on a ticklish topic in a new public service announcement for the Centers for Disease Control and Ogilvy, DC. Tim Roper of F. Yeah & Associates directed and 11 Dollar Bill provided editorial and post-production services for the spot which encourages Gen Xers to be screened for colorectal cancer.

The spot uses humor to raise a subject many men would like to avoid as the son becomes increasingly uncomfortable over what he fears is his father’s determination to school him in the facts of life. He squirms when dad offers, “Your mother and I have done it,” but is relieved when the older man hands him a pamphlet on cancer screening. “In every cadence, tone and gesture, we replicated a ‘birds-and-the-bees’ talk you might see in an After School special, only with a father and son who are clearly beyond the ages you would expect,” says Roper. 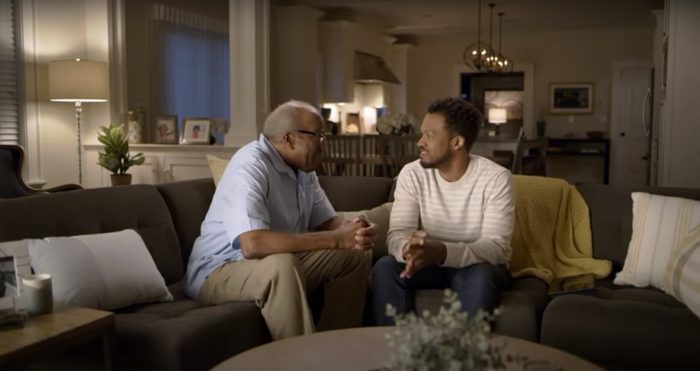 The chemistry between the two men was key to making the misdirection dialogue work. “I directed the younger actor to underplay his role with reactions that were small, minimal,” explains Roper, who wrote additional dialogue for the son. “When featuring an actor in close up, juxtaposing small reactions to big absurdities really enhances the comedy. Something as small as a glance or a turn of the head is often enough.”

The comic timing was accentuated by the razor sharp editing of 11 Dollar Bill’s Jess Weber, who cut 60- and 30-second versions. “We played around with how far to lean into the innuendos,” she says. “Tim wanted to push it to the limit. That’s what we did and why it’s so much fun. We had a lot of great performance material to work with.”

Post-production finishing was accomplished at 11 Dollar Bill’s Chicago facility, with Clark Jackson as colorist. He gave the living room environment a warm, nostalgic feel. “It’s a classic look, almost like a ‘70s sitcom,” notes Roper. “The music, too, was chosen to subtly enhance the dad’s role in leading his son through a very delicate situation.”

The spot, which is airing nationally, is part of a broader campaign to promote colorectal cancer screenings and other preventative health measures that have been neglected during the pandemic. 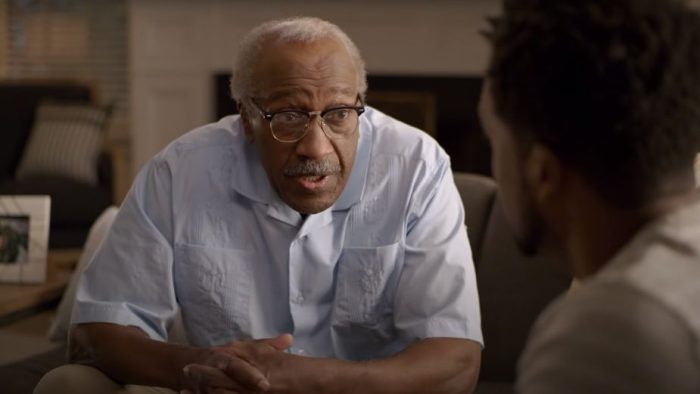