Los Angeles— Accomplice Media, founded and led by executive producer Jeff Snyder, has added Chris Karabas as executive producer. Karabas brings more than 20 years of top-level sales, creative and production experience, most recently as head of the production company Revival, which he co-founded with director/writer Zach Braff. In tandem with the move, Braff will join Accomplice’s directorial roster.

Karabas will work to extend Accomplice’s talent base and relationships with agencies and brands. The 10-year-old company has enjoyed great success in automotive and comedy advertising, with the former including work for Ram Trucks, Mercedes, Mitsubishi, Jeep, Alfa Romeo, Fiat and Chevrolet. Karabas will seek to broaden the roster and scope of work. 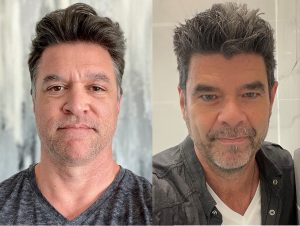 “Chris has a stellar reputation among agencies nationwide and many of the industry’s top directors,” says Snyder. “I look forward to working with him in growing the company and creating new opportunities for our directors.” Accomplice’s directorial roster includes Zach Braff, Igor Borghi, Finback, Leo Hoorn, Sam Jones, Lino Russel and Damien Toogood.

Prior to launching Revival, Karabas was part of the Global Leadership Team at The Ridley Scott Creative Group. He also led the independent representation firm House of Representatives. He represented veteran directors including Ridley Scott, Tony Scott, Woody Allen, The Russo Brothers and Zach Braff.

Karabas says that he is excited to be part of a company with a strong, national presence. “I was drawn to the logistical support Accomplice offers,” he explains. “Jeff is an incredibly resourceful producer and has a stellar reputation. We make a great team.”

Currently nominated for an Emmy Award for Outstanding Directing for a Comedy Series for the Apple TV+ series Ted Lasso, Braff has earned wide acclaim for his work on both sides of the camera. After starring for nine seasons in the ABC comedy Scrubs, he made his directorial debut in 2004 with the independent drama Garden State¸ which won critical praise and became a surprise box office hit. He has since directed the feature Going In Style and numerous television projects, as well as advertising work for Hidden Valley Ranch, Adobe and other brands. He is currently directing a new feature for MGM starring Morgan Freeman and Florence Pugh. Karabas says he will be available for new advertising projects beginning in December.