NEW YORK CITY— Goldcrest Post recently provided post-production services for Tigre Gente, Director Elizabeth Unger’s deeply-affecting documentary feature about illicit jaguar trafficking. Senior Colorist Steve Beganyi worked with Unger to finalize the look of the film, which reveals how the Latin American animal is being hunted to extinction to satisfy illegal demand for its teeth and other artifacts in distant parts of the world. 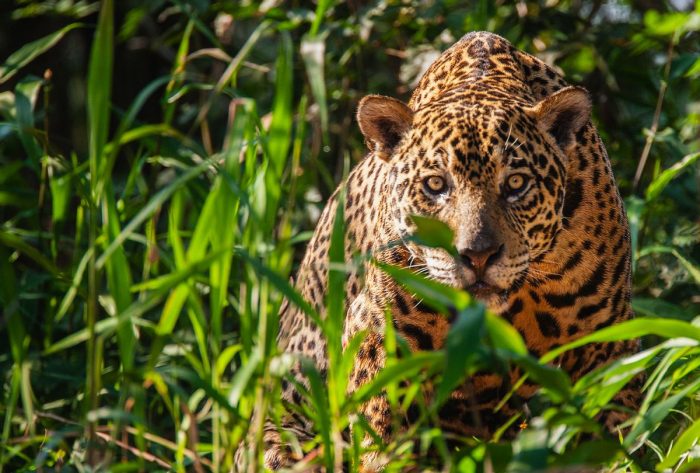 An award-winning photojournalist, filmmaker and contributor to National Geographic, Unger traveled to Bolivia’s vast Madidi National Park to accompany park ranger Marco Uzquiano and his colleagues as they tracked illegal hunters deep into the rainforest. In Hong Kong and Guangzhou, China, the director joined journalist Laurel Chor on clandestine visits to street markets, jewelry stores and other sites where jaguar artifacts are sold as folk health medicine. The parallel stories bring the peril of the diminishing jaguar population into sharp focus.

The quality of the cinematography captured by Unger and her small crew in both locations is remarkable considering the daunting obstacles they faced. In Bolivia, that included recording boat chases at harrowing speed through twisting rivers. “We shot run-and-gun verité scenes with Sony A7Sii and A7Rii cameras, at times with an Atomos Shogun attached the rig,” Unger recalls. “We needed lightweight, 4K equipment that could give us a wide range of flexibility in post.”

Unger captured B-roll footage of the spectacular jungle environment using a Red Weapon Dragon attached to a Mōvi Pro rig, timelapse cameras and other specialized gear. “Our team had specially-created power strips, connected to a generator, to charge our equipment batteries with the correct voltage every night while our team was camped out in the jungle,” Unger notes. “It was one of the most technically-demanding and high-stakes shoots I have ever been involved in.” 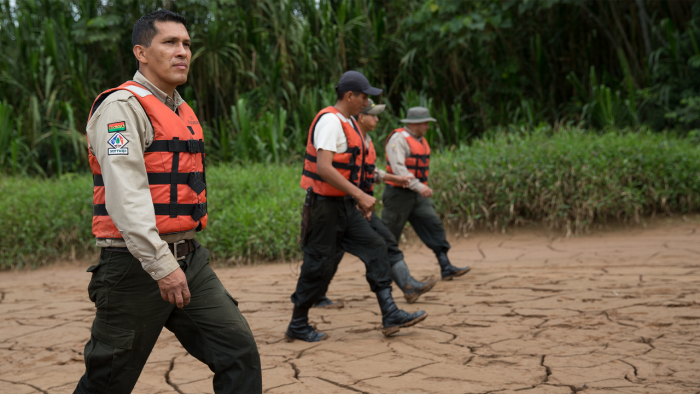 The diversity in shooting locations, environmental conditions and gear posed unique challenges during post-production as Unger worked with Beganyi to achieve a consistent look while maintaining the realism and integrity of the source material. “We had to match the Sony A7Sii footage with the Red footage, other undercover footage, and archival media,” Unger explains. “We were lucky to secure amazing black-and-white archival clips from the 1960s that showcased traditional Chinese medicine stores. That media gave a more textured feel to our film and suited our needs to make this project expansive and global.”

Beganyi says that grading sessions were detailed and intense. “Our goal was to keep contrast levels consistent as we moved between source material from different cameras,” he says. “We also had to blend in decades-old archival media and material supplied by the Bolivian government that was in a different resolution and color space.”

Unger notes that her preference is for “hyper-realistic color” in documentaries, but in this case, it was essential to develop distinct looks for Bolivia and China. She also wanted to use a more abstract color treatment to draw audiences into the film’s story and exotic setting. “I envisioned a mystical dream world for both the open and finale,” she explains. “It is extremely contrast-focused, dark in tone, massively textured, and very, very rich in color.”

Nighttime scenes in the jungle required special finesse. Beganyi worked to bring out details without making the shots appear artificially manipulated.  “One scene occurs near a fire pit; it’s dark, but still lit,” he recalls. “We brought out the contrast but avoided doing anything to the color that might appear fake. We preserved the natural feel.”

Similarly, Beganyi used a light touch in grading B-roll imagery of the jungle environment. “Steve pulled out pink, beiges and other soft tones to give the jungle the richness it deserved,” Unger says. “He also gave special attention to shots revealing the fleeting presence of jaguars. He applied a contrasty glow that made their fur and rosettes pop. It’s especially apparent in the eyes, which are deep, intense and piercing.”

Tigre Gente is drawing critical raves both for calling attention to the neglected issue of jaguar poaching and for the quality of the filmmaking. Unger says that she was grateful for Goldcrest Post’s expertise in documentary post and its commitment to independent filmmakers. “Steve put his heart into the project,” she says. “I get compliments all the time on how beautiful the film is. I believe the color grade lent a hand to that.”