CHICAGO and BOULDER—11 Dollar Bill had a big night at The ONE Club for Creativity—Denver’s annual awards competition honoring the year’s best work in advertising in the Rocky Mountain region. The post-production studio picked up six awards including a Gold for Editing for its work for the sports fashion brand JD Sports. It also won three Bronze and two Merit awards in Editing and Visual Effects for work for the Colorado Lottery, RaceTrac and Boulder Banh Mi shop Daikon. The awards were presented at a gala celebration held at the Denver Athletic Club on November 11th. 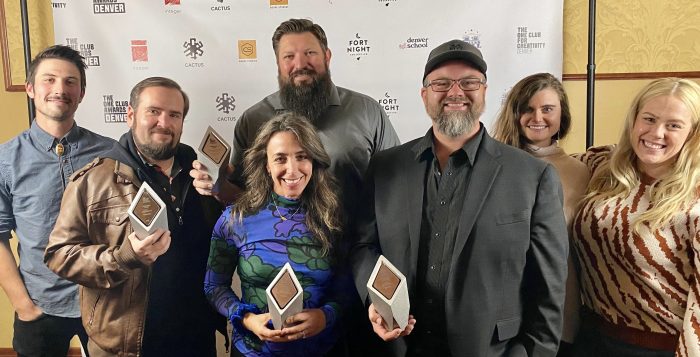 The Gold Award winning JD Sports spot was part of a branding campaign supporting the launch of a new flagship store. It was part of a package of in-store, digital and broadcast content produced by 11 Dollar Bill for the high-end athletic specialty retailer in tandem with its in-house creative department. The ad promotes JD Sports’ worldwide connection that puts it at the forefront of style.

11 Dollar Bill won a Bronze Award for Visual Effects for the spot Freeze Gets a Freeze Blast for the convenience store RaceTrac. The studio collaborated with ad agency R/GA and Swedish production company Hobby Film on the project, featuring the “coolest” icon in professional sports.

The studio earned two awards for projects for the Colorado Lottery. It won a Bronze Award for Editing for the spot League Night. The spot Winning Country was presented with a Merit Award for Editing. Both spots were conceived and produced by Denver agency Cactus.