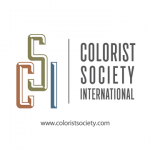 LONDON— The Colorist Society (CSI) today announces the appointment of Mark Todd Osborne to its Board of Directors. Osborne is a Los Angeles-based Senior Colorist with more than 200 film and television credits. As a Board Member, he will be involved governing, managing and planning for the organization. He will also act as an ambassador for CSI to other industry organizations and the wider professional community. Osborne joins Kevin Shaw, president; Sarah Priestnall, vice president; and Hugh Heinsohn, secretary/treasurer, on the CSI board.

“Mark is an exceptionally talented artist who has worked throughout his career to advance the craft of color,” says Shaw. “He is a leader who enjoys great respect among his fellow colorists and from directors, cinematographers, producers and other industry professionals. He is a great addition to our Board at an important time for our craft and industry.” 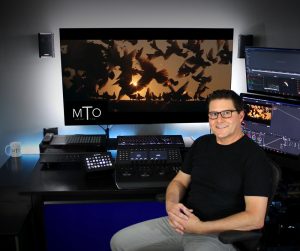 Osborne, who joined CSI shortly after its founding in 2016, plans to use his new board position to promote wider recognition for colorists. “Colorists are underrepresented in the industry,” he says. “I want to help educate the professional community about the contributions colorists make to the creative process, how colorists act as an extension of cinematographers and directors to bring their visions to fruition.”

Osborne has been a colorist for 25 years, most recently as an independent through his post finishing company MTO Color. His recent credits include the Emmy and Golden Globe award-winning series The Act for Hulu and Dear… for Apple TV+ , as well as the feature films Silk Road, The Reckoning, Abuptio, The Walk, iMordecai, Panama, Castle Falls and Apex. Other notable credits include Need for Speed (Disney) and the cult horror hit It Follows (Radius-TWC). His background includes 12 years as a Senior Colorist at Company 3, Santa Monica, where his credits included Capote and Sunshine Cleaning. He also served as Supervising Colorist at Cameron Pace Group, where he graded 3D films, including James Cameron’s Deep Sea Challenge for the Cannes Film Festival.