69th MPSE Golden Reel Awards to be held as a global, virtual event on March 13th

Ciccolini has designed and edited sound for scores of popular films and television shows and is best known for his long-time association with Director Ron Howard. He has served as Supervising Sound Editor on a dozen films directed by Howard, including Best Picture and Best Director Oscar winner, A Beautiful Mind. Howard is being honored with this year’s MPSE Filmmaker Award.

“From the heart-pounding excitement of Apollo 13 to the infectious wit of Sex and the City, Chic Ciccolini has consistently found imaginative ways to enrich stories with sound,” said MPSE president Mark Lanza. “He puts his heart and soul into every project and has served as a generous mentor to many of his industry peers. We are proud to honor him with our Career Achievement Award.” 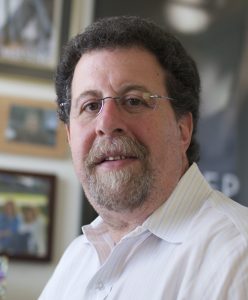 Originally from Fort Lee, New Jersey, Ciccolini attended New York’s School of Visual Arts and, encouraged by his father, editor Chic Ciccolini, Sr., got his start as a “can carrier” for film companies in Manhattan. He later worked as an assistant editor at Time Life Films, CBS, and PBS and was first exposed to sound editing through television nature documentaries. His first credit as a sound editor came on the low budget thriller The Exterminator. His first studio film was Rollover, starring Jane Fonda and Kris Kristofferson, and directed by Alan J. Pakula, with whom he’d later collaborate on Sophie’s Choice.

Ciccolini’s first project for Howard was the 1986 comedy Gung Ho. Their other work together includes Parenthood, The Paper, Far and Away, Apollo 13, Ransom, Edtv, A Beautiful Mind, The Missing, Cinderella Man, The Da Vinci Code, Frost/Nixon, Angels and Demons, and The Dilemma. His credits also include such films as A Night On Earth, The Man In The Moon, House of Games, Things Change, Street Smart, Ghost Dog, Eat Pray Love, Rocky Balboa, Coffee and Cigarettes, The Muppets Take Manhattan. and the television series Sex and the City, and The Corner. He has been nominated for six MPSE Golden Reel Awards.

“To be recognized in this way by my friends and peers from the MPSE is totally unexpected,” said Ciccolini. “Over the course of my career, I have been fortunate to work with many distinguished filmmakers and scores of talented sound artists. I sincerely appreciate this great honor.”

The MPSE Career Achievement Award recognizes sound artists who have distinguished themselves by meritorious works as both an individual and fellow contributor to the art of sound for feature film, television and gaming and for setting an example of excellence for others to follow. Ciccolini joins a distinguished list of sound innovators, including 2021 Career Achievement recipient Dennis Drummond, Cece Hall, Stephen H. Flick, John Paul Fasal, Harry Cohen, Richard King, Skip Lievsay, Randy Thom, Larry Singer, Walter Murch, and George Watters II.