The company has brought veteran re-recording mixer Terry O’Bright to its Hollywood facility. O’Bright is a five-time Emmy Award-nominee whose recent credits include the ABC series The Goldbergs and the Fox series Empire. Periscope has also hired Bruce Dobrin as Chief Engineer and Michael Sable as a Director of Business Development. 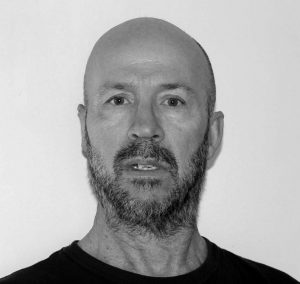 Periscope is seeing its workload rise as television and film production rebounds from the pandemic. Projects recently completed at its Hollywood facility include Wu-Tang: An American Saga and Love, Victor for Hulu, Twenties and The Ms. Pat Show for BET, SpongeBob SquarePants, The Patrick Star Show and Kamp Koral: SpongeBob’s Under Years for Nickelodeon, Borat’s American Lockdown and Debunking Borat for Amazon and The Unicorn for CBS. The company’s Chicago facility has handled post for the AMC series 61st Street, Showtime’s Work in Progress and Fox’s The Big Leap.

“We’ve got great momentum,” says General Manager Ben Benedetti. “We’re growing to support new work that is coming in and we’re thrilled by the caliber of people we’ve attracted. Terry is among the most experienced mixers in the industry and will hit the ground running. Bruce is a brilliant engineer who brings experience and a stellar reputation. He is already implementing improvements in standards and practices. Michael is also a highly-regarded industry veteran who will help us build our feature film business.” 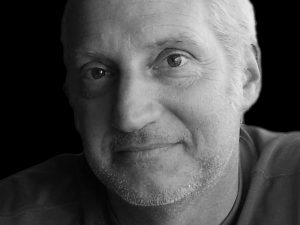 O’Bright will work from a state-of-the-art mix stage equipped with an Avid S6 console and Dolby Atmos capability. He will focus on streaming and broadcast television projects. Most recently with Sony Pictures Post Production Services, O’Bright has tallied more than 250 film and television credits over his career. Having started in the recording industry under Terry Brown, music producer for the band Rush, he transitioned to post-production sound in Toronto before relocating to Hollywood. His Emmy nominations include work on the mini-series The Andromeda Strain, The Ten Commandments, The Wool Cap and Annie. He won a Cinema Audio Society Award in 2010 for Into the Blue 2: The Reef.

“I like the passion of the team here,” O’Bright says of his new home at Periscope, adding that he is impressed with the facility’s technology and mix stages. “I love the environment and the resources. It offers endless ways to manipulate sound and accomplish tasks very, very fast.”

In his new role, Dobrin will manage technical operations at the Hollywood facility. He brings expertise across all aspects of digital production and post-production, including technical management, facility design, cloud and hybrid infrastructures and systems engineering. His background includes six years as chief engineer at the visual effects studio Psyop and three years as principal architect at Sony 3D Technology Center/Sony Pictures Technologies. He also has extensive experience as an independent technology consultant.

Dobrin will focus, in part, on preparing Periscope for a future dominated by flexible workflows. “I’m a proponent of hybrid and cloud workflows as off-site capabilities are becoming increasingly important,” he explains. “I want to implement new ideas that will help this facility grow.” 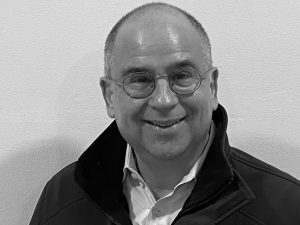 Sable will seek to extend Periscope’s reach in independent, studio and streaming features, and work to secure projects for both the Hollywood and Chicago facilities. He has worked in post-production sales for more than 20 years, primarily marketing sound services for film and television. He began his career with Encore Video and held senior sales roles at Mix Magic and Mercury Sound. He has a long track record of assisting independent filmmakers finish their movies.

Sable says that Periscope’s two facilities are ideally suited to finish film projects. “We offer everything under one roof…picture finishing, sound, cutting rooms and production offices,” he explains. “I believe this company will become a hub for independent producers.”

Periscope Post & Audio a full-service post-production company with facilities in Chicago’s Cinespace and Hollywood. Both facilities provide a range of sound and picture finishing services for television, film, advertising, video games and other media. Recent projects include the television series Empire, Exorcist and New Girl, films Kickboxer: Vengeance, The Workers Cup, The Resurrection of Gavin Stone, Fight Mom and Signature Move, and advertising for Honda, Pepsi, and Groupon.