The Sound of “Spider-Man: No Way Home”

Peter Parker’s return to the big screen is accompanied by a dynamic soundtrack packed with thrilling moments and the franchise’s signature fun and humor.

In Sony Pictures’ Spider-Man: No Way Home, now screening exclusively in movie theaters, for the first time in the cinematic history of Spider-Man, our friendly neighborhood hero’s identity is revealed, bringing his Super Hero responsibilities into conflict with his normal life and putting those he cares about most at risk. When he enlists Doctor Strange’s help to restore his secret, the spell tears a hole in their world, releasing the most powerful villains who’ve ever fought a Spider-Man in any universe. Now, Peter will have to overcome his greatest challenge yet, which will not only forever alter his own future but the future of the Multiverse. 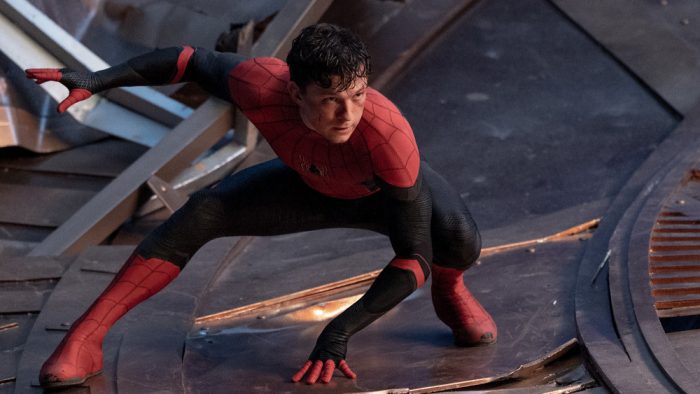 With its incredible mix of action, drama, signature fun and humor, inventive plot twists and emotionally satisfying conclusion, Spider-Man: No Way Home presented numerous challenges for its award-winning sound team. Each of the film’s large and colorful cast of characters required a distinct and instantly recognizable sonic signature. Sound elements throughout needed to be consistent with previous Spider-Man films and other Marvel titles, while building on and enriching them. The sound team was also tasked with creating many engaging new sounds to support a story of unusual complexity and emotional depth.

Director Jon Watts had high expectations for the film’s sound. “Jon wanted to stay true to the sound of earlier Spider-Man films, but step it up a notch,” recalls Ticknor, who also served as Supervising Sound Editor on Spider-Man: Far From Home and Spider-Man: Homecoming. “For Green Goblin’s glider, we retrieved sound from the original effect produced 20 years ago. Using modern tools, we restored those sounds and transformed them into something new that retained their original character but more sophisticated and dynamic. We did something similar with web sounds from the Spider-Man films Andrew Garfield starred in, and with the effects for Dr. Octopus and Electro.” 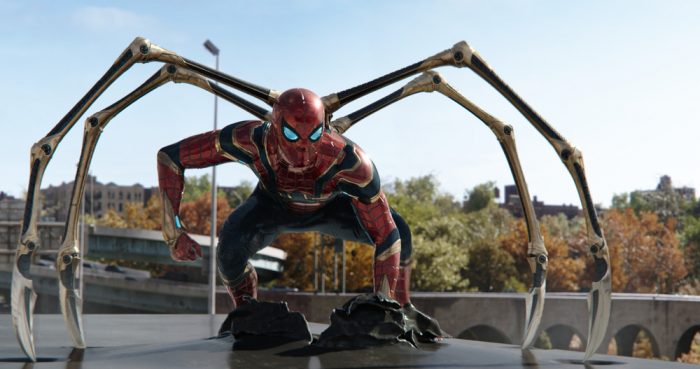 The production of Spider-Man: No Way Home was destined to be an ambitious undertaking even before the pandemic added health and safety restrictions. To comply with social distancing requirements, Burton made novel use of boom microphones. That not only helped to protect talent and crew, it resulted in better dialogue recordings. “There is often a lot of noise on the set of complex productions like this from fans, motors and other gear,” Burton explains. “Working in collaboration with Jon Watts’ production team, the camera department and the VFX department, we developed strategies to limit noise in close shots. As a result, we were able to record quality dialogue.”

It was essential for certain signature sounds, produced by post-production sound editors, to be consistent with other Marvel films. Lamberti cites the film’s dazzling Mirror Dimension sequence, where Doctor Strange pulls Tom Holland’s Peter Parker into a distorted, alternate version of New York City. “We studied how that same effect was used in the 2016 film Doctor Strange and expanded on it to a great degree,” Lamberti explains. “We took advantage of the Atmos format to add time delay to aspects of the sound and draw the audience in. The sequence also presented opportunities to create unique effects, like a special horn for the train that passes through a Grand Canyon-like environment. The whole sequence has rich, new sonic dimension.”

Many of the film’s CGI action scenes required dialogue recorded on ADR stages. That work was complicated by the schedules of the actors and covid restrictions, which evolved over the course of post-production. “Actors were recorded remotely at studios in Southern California, the UK, Canada and other locations around the world with Jon Watts directing their performances via Zoom,” recalls Lapato. “It was a challenge for the actors and the director and it required a sound crew that was fast, flexible and open to last minute changes.” 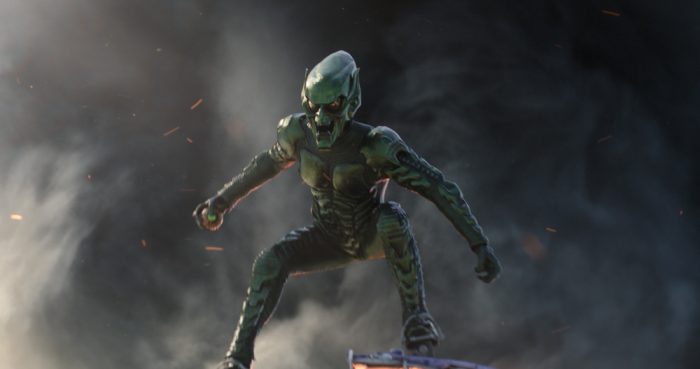 Although filled with stunning action, Spider-Man: No Way Home centers on a deeply human story.  O’Connell notes that the story goes through many emotional highs and lows. “Some of the film’s most poignant scenes are quiet,” he says. “Jon Watts wanted to use production dialogue whenever possible to preserve the spontaneity and emotion of the actors’ performances. We used every tool in the toolbox to reduce background noise, while keeping the dialogue intelligible, fresh and warm.”

The finished soundtrack is rich in texture, punctuates every dramatic twist and consistently supports the story. “We deployed the latest technology and took full advantage of the dimensional sound environment, and yet it’s never cacophonous. It’s exciting and fun,” says Ticknor. “Kevin and Tony did a fantastic job in weaving the dialogue, music and effects. Every moment is fine-tuned and flows beautifully.”