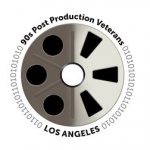 Group of professionals active during the 1990s to host a reunion to celebrate a pivotal period for their industry.

HOLLYWOOD—A group of post-production industry professionals have come together to celebrate their experience in the 1990s, a decade whose seismic changes continue to reverberate today. Calling themselves the 90s Los Angeles Post Production Veterans, and led by MTI Film CEO Larry Chernoff, the group has established a Facebook presence with nearly 2,000 members and is planning to host an in-person reunion party on May 19th. 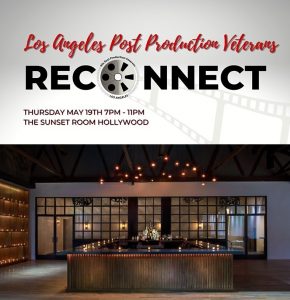 The 1990s brought change to film and television post-production on a scale unrivaled since the advent of broadcast TV in the 1950s. During those ten years, the industry shifted its media basis from 35mm film and analog videotape to digital media, touching off a revolution in technology, workflow processes and job descriptions. For those on the frontlines, post-production in the 1990s was marked by daunting challenges, but also unique opportunities and provided memories to last a lifetime.

Chernoff initially came up with the idea of hosting a small get-together for friends and associates, but word spread, and he soon found himself deluged with interest. “The response was overwhelming,” he recalled. “The 1990s were a pivotal period that left a deep impression on everyone involved in post-production. People are excited by the prospect of rekindling old friendships and reconnecting with colleagues they’ve lost touch with.”

The May 19th reunion, dubbed Los Angeles Post Production Vets Reconnect, will begin at 7pm and be held at the Sunset Room in Hollywood. It will include food, live music and an open bar. Dozens of post-production facilities and post-technology providers have signed on as sponsors. Tickets are $50 and may be purchased here. A part of the proceeds will benefit the Los Angeles Mission.

“Post-production is a tremendous industry that has launched remarkable careers and benefitted thousands of people and their families,” Chernoff says. “This event celebrates a very special time in the history of that industry. It’s a chance to reflect on who we were and what we did, and to appreciate the opportunities we all enjoyed.”