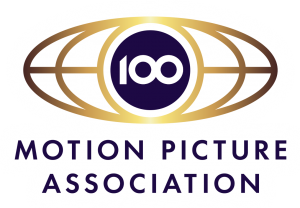 LOS ANGELES – The Trusted Partner Network (TPN), the world’s leading film and television content security initiative, is expanding its program to better serve the media and entertainment industry as it continues to grow globally and in complexity, and now conducts much of its business in the cloud. TPN’s expansion will be rolled out in phases and will introduce a more flexible and comprehensive program to better suit service providers’ and content owners’ priorities and needs.

TPN, a division of the Motion Picture Association (MPA), is building on the success of its original program, launched in 2018, that established security benchmarks and a site security assessment to prevent content leaks and piracy. Over the next 12 months, TPN will roll out its enhanced program including updated security best practice guidelines for cloud workflows; a simplified qualification onboarding process for all TPN assessors; an enhanced “Gold Assessment Program” for application, site and cloud workflows; and a new “Blue Self-Attestation Program” to provide vendors with the ability to report alternate security certifications to support the urgent need for a centralized, confidential and flexible content security solution.

Content owners and service providers will benefit from TPN’s expanded service, which will leverage the cloud, simplifying global onboarding for assessors, and create a consolidated and trusted solution from which content owners can accelerate individual decision making.

“TPN is growing to keep pace with an industry where security threats are more insidious and sophisticated, and work in the cloud has become the new norm,” said TPN President Terri Davies. “Our expanded program will embrace all the ways work gets done in our industry today while growing capacity, making it easier for service providers to ensure they are meeting security benchmarks and for content owners to make more informed independent vendor selections from a more accessible and centralized solution.”

Next month, TPN will begin a pilot program to test, evaluate and elicit feedback to its expanded guidelines. The pilot program will include the participation of leading creative service providers, as well as cloud security subject matter experts from the MPA’s six member companies, the Cloud Security Alliance (CSA) and Convergent Risks.

In June, TPN plans to launch a streamlined qualification program for security assessors. The new criteria will encompass application, site and cloud security.  The process of qualifying assessors will continue to be uniform, objective, and accessible globally. TPN understands the need to increase cloud security audit expertise and by changing the method of qualification to be a TPN assessor, expects it will greatly expand global capacity to meet the growing industry need.

This fall, TPN will publish expanded best practice guidelines covering application, site and cloud workflows. The new guidelines will be used to develop TPN’s Gold Assessment Program, to launch in Q1 2023, which will enable vendors to measure and report conformity to the industry’s most recognized standards.  TPN will also launch its Blue Self-Attestation Program in Q1 2023. The Blue program will provide a flexible framework for vendors to self-attest and report compliance with various alternate security control sets. Self-attestation data will be available to TPN content owner partners for use in making independent risk assessments of their vendor. The program will serve as a single-source-of-truth for security information and is intended to reduce the need for multiple vendor audits.

Davies said TPN will be proactive in responding to future changes in technology, workflow practices and security issues. “At the MPA, we are committed to the belief that our industry is stronger together than apart and we are driven to protect the work that our members create for audiences around the world,” she said. “We continue to build momentum on the great foundation that the TPN program has in place to reduce effort, time and cost related to security assessments in our industry while ensuring the highest standards are maintained. We are also committed to supporting our studio members and vendors with the tools and information they need to collaborate productively, securely and in the trusted environment provided by TPN.”

About The Trusted Partner Network:

The Trusted Partner Network (TPN) is the leading, global, industry-wide film and television content security initiative. Designed to assist companies in preventing leaks, breaches, and hacks of movies and television shows prior to their intended release, TPN seeks to raise security awareness, preparedness and capabilities within the industry. TPN provides industry vendors with a voluntary, cost-effective way to ensure that the security of their facilities, staffs, and workflows meet the MPA’s best practices and it accredits experienced auditors to conduct assessments globally. Through TPN, the film and television industry elevates the security standards and responsiveness of the vendor community, while greatly expanding the number of facilities that are assessed annually. The Trusted Partner Network is owned and managed by the Motion Picture Association. Learn more at www.TTPN.org.

About The Motion Picture Association: