“Camille has a fantastic resume and a history of building teams and accomplishing goals,” said Nice Shoes Managing Director Justin Pandolfino. “We were looking for someone who could guide the studio and set a vision for its future, and Camille is absolutely that person. She has a no-nonsense approach and a focus on getting things done. We take great pleasure in welcoming her to our management team.”

Geier sees her new role as an opportunity to innovate, work with an incredible team and produce groundbreaking visual effects.  “We have a phenomenal core group of artists and plenty of resources to work with in expanding the business,” she said. “It’s exciting and feels like the right place for me.” 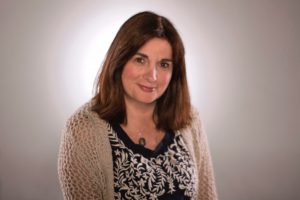 She added that she was impressed with the studio’s technical infrastructure, which makes novel use of remote and cloud-based technologies. “It’s a well-oiled machine,” she observed. “We have top-notch systems in place and expertise across creative, production and the technology that give us the capabilities of a much larger studio.”

At BREAK+ENTER, Geier’s initial priority will be to raise the studio’s profile among studios, streaming services and networks. “I will also be actively recruiting high-level creative and production talent,” she said. “My goal, first and foremost, is to grow the division.”

BREAK+ENTER has reimagined the film and episodic visual effects studio. Headquartered in New York City, B+E is fueled by global talent and cutting-edge technology, and powered by a groundbreaking, fully remote workflow. We make never-before-seen worlds spring to life, enhance practical locations, and create visuals that support, enhance and drive storytelling. From meticulous clean-up work to complex design, CG animation and compositing, our artists strive for excellence in every shot.