Adelaide, South Australia – Ian Cope, Senior VFX Producer at world renowned Rising Sun Pictures recently celebrated his 20-year anniversary at the company. A significant accomplishment in any career, Cope’s longevity is especially impressive for someone in the visual effects industry, where employment at one studio is often measured in months, not years.

Cope’s history with RSP is noteworthy for other reasons as well. The past 20 years have been a period of huge changes for the studio and the visual effects industry. When Cope joined RSP in 2001 it was a boutique vendor just beginning to garner the attention of Hollywood. With the industry transitioning from traditional film and into the digital era, RSP relied on a sophisticated, fully digital workflow and helped to pioneer ground-breaking technologies for remote collaboration, colour space management, VFX workflows and artificial intelligence. It also operates a training program for visual effects artists that is regarded as among the best in the industry. Today, RSP’s reputation and leadership make it a trusted partner for studios and filmmakers worldwide. Its team of more than 230 artists draws coveted assignments on the biggest movie blockbusters and streaming content.

Having served RSP in a variety of roles, Cope has had a hand in virtually every uptick in its rise. Trained as a designer and animator, he was initially hired as an artist, but soon transitioned to the production side to help the studio scale up in response to its first round of success. “We were doing work for The Lord of the Rings: The Return of the King, Paycheck, and several other films and needed to develop processes for dealing with multiple projects simultaneously,” he recalls. “We had to learn how to manage the workload efficiently while maintaining quality, meeting deadlines and ensuring smooth communication between our studios in Adelaide and Sydney.” 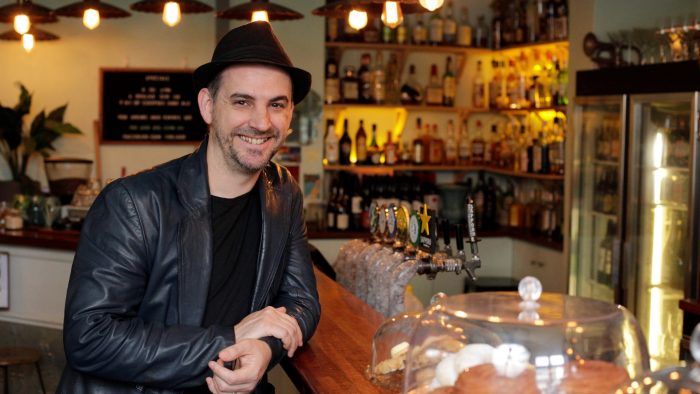 In his role as Production Supervisor, Cope was involved in RSP’s implementation of several cutting-edge workflow technologies. One of his early projects was to promote and manage software development of cineSync, a remote collaboration tool initially developed by Rising Sun Research (it subsequently won a technical Academy Award in 2011). His efforts to get studios in the UK and US to adopt cineSync as a way to collaborate remotely with visual effects studios helped RSP land breakthrough projects. From humble beginnings on Harry Potter & The Goblet of Fire, cineSync has since become the industry standard remote collaboration tool for visual effects projects globally.

Cope also spearheaded RSP’s collaboration with the developers of Shotgun, a visual effects management platform that allows teams to share data, track versions and exchange feedback. Starting while working on the films Superman Returns and Charlotte’s Web, RSP served as pilot studio for the software (now called ShotGrid), which has become industry standard. “We spent months working with the development team to integrate the lessons we had learnt in information systems design for VFX production and contribute to the direction of Shotgun for the industry” Cope says. “It was fun to be so integral to the early stages of a tool that is now used by hundreds of studios worldwide.”

In 2007, having become a new father, Cope sought a different role that would afford him a more flexible work schedule. He took the lead in RSP’s marketing effort and developed strategies for industry outreach, networking, online and social media presence and other aspects of business development. “I had given presentations before 2,000 people at design conferences and spoken at various SIGGRAPH conferences in Asia and found that pushing the RSP brand was something close to my heart,” he recalls. “Years later, I completed post-graduate education at the University of South Australia (UniSA) and consolidated my marketing knowledge that I had learnt on-the-job; ensuring that our marketing has maximum reach to communicate a consistent brand and message. .”

Cope also assisted in securing RSP’s future success by designing RSP’s initial tertiary training program for aspiring visual effects artists. The program was designed to bridge the gap between the educational training provided by universities and trade schools and the baseline needs of industry. The program was unique in offering training onsite at a professional studio and by employing working artists as instructors. Launched in 2012, the program, which RSP now operates in tandem with UniSA, has been a runaway success, expanding every year. “Many students have gone from our program into professional roles here at RSP and elsewhere in the VFX industry,” Cope observes. “It’s been humbling and one of the joys of my career to have been involved in that.”

He served as Bidding Producer on X-Men: Days of Future Past, as well as The Hunger Games, Captain Marvel, Ford v Ferrari, Spiderman: Far from Home and The Eight Hundred (one of the most successful Chinese productions of all time). The past year he has produced visual effects for Black Widow, Cowboy Bebop and is currently producing VFX for Marvel’s Thor: Love and Thunder.

“My job is to ensure that our clients are happy, and that RSP is delivering quality, timely work which is incredibly complex in nature. RSP is delivering cutting edge effects which are constantly pushing boundaries” Cope explains. “It involves finding the right balance for all parties. I’m also enjoying constantly improving our production processes and mentoring the production team.”

He also maintains his keen interest in emerging technologies and recently oversaw RSP’s participation in a proof-of-concept project in virtual production, which promises to transform the visual effects industry yet again over the coming years. “I like the uncertainty and challenge of trying new concepts where success is not guaranteed and satisfaction comes from bringing it to fruition,” Cope says. “I look forward to applying the lessons learnt in virtual production to help clients use it to their advantage.”

Not every project is easy, Cope admits that along with all the successes, he has faced daunting challenges over the past two decades, professional and personal. What sustains him is his experience and the support of his friends and colleagues. “Every now and then, I’ll receive an email from someone saying, ‘I really appreciate the time we spent together,’” he observes. “My approach has always been to work hard, be competent and enjoy the process. It’s nice when other people feel the same way.”

Cope says, 20 years ago, he couldn’t have imagined the path his career has taken, but he is grateful for every twist and turn. “When I got my first job at RSP I thought I’d made it. I was doing the most rudimentary, repetitive work, but I couldn’t believe I got so lucky to be working in my dream job,” he says. “Over the years, I’ve maintained my belief in the owners of the company and my optimism over its future success. I’ve always felt it’s something I needed to be a part of. There is no place other than Australia where I want to live and no place better to work than RSP.”