Kaiser Comm Construction’s Kevin Kaiser was introduced to Smart Studio through a client in the UK, where Smart Studio has built more than a dozen modular studios for music recording, video game sound and entertainment post production. “I thought it was a brilliant idea,” says Kaiser. “Because the components of the studio are pre-manufactured, construction time is reduced by half and costs by half, or more. And yet, it’s a real studio, not a portable booth. Acoustically it is as sound as a custom-built studio and suitable for all types of professional use.” 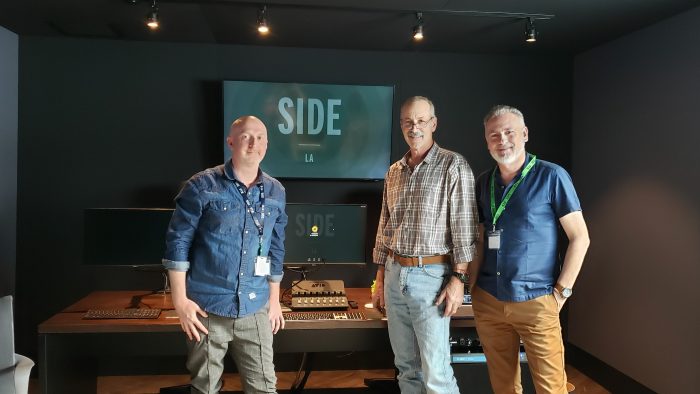 The three Smart Studios that Kaiser Comm Construction built for SIDE’s Los Angeles facility complement a trio of existing recording studios, custom built by Kaiser Comm Construction in 2016. SIDE Senior Vice President Audio & Speech Technology Olivier Deslandes says the company needed to add sound production capacity without sacrificing quality.  “Smart Studio allowed us to expand quickly and at a fraction of the cost of building studios from scratch,” Deslandes recalls. “The Smart Studios took much less time to build than we expected and eliminated the need for an architect.” 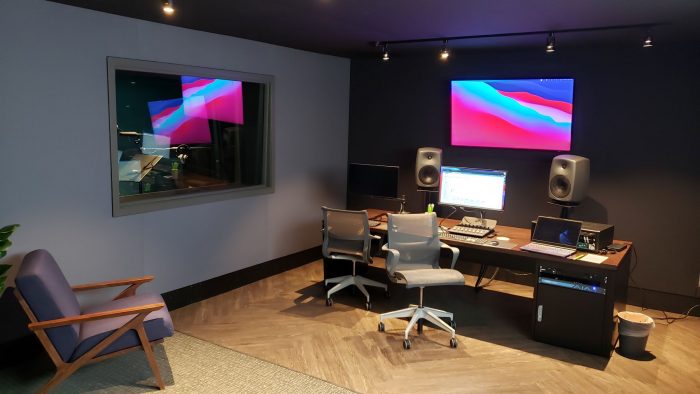 SIDE Senior Technical Director Anthony Hales notes that, prior to moving forward with the project, they conducted exhaustive tests on an existing Smart Studio installation to ensure it met their audio requirements. “It was incredible,” he says. “The sound quality was better than custom-built studios. It was absolutely fantastic.”

“Our work is almost exclusively voice recording and we have very high requirements for quality,” adds Deslandes. “Our clients want very low noise flow and very low reverb. We need a recording environment that is tightly controlled in terms of acoustics and very clean with no electrical artifacts.”

Given its unique combination of low cost, fast construction and exceptional quality, Smart Studio makes sense for a lot of applications. “It’s a perfect solution for post-production, voice recording, music production and many other types of sound work,” says Kaiser. “Smart Studio provides facilities in the recording, broadcasting and post-production industries with an exceptional acoustic environment to complete critical audio work in a timely and cost-effective manner.”

Kaiser Comm Construction Inc. is a general contracting firm specializing in recording studio, commercial and residential building. It tackles projects ranging from simple home remodel to complex studios and large-scale commercial structures. It adheres to the highest quality building standards and employs the most experienced, licensed trades people to fulfill its commitment to excellence in every project. For more information, call (661) 245-3105.