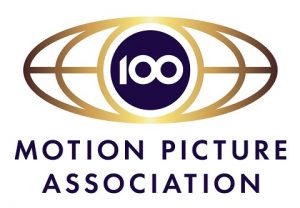 WHAT: The Trusted Partner Network and its newly expanding content security initiative will be the subject of a special panel discussion at NAB Show 2022 in Las Vegas. TPN President Terri Davies will join technology and security experts from Sony Pictures, NBC Universal and Iyuno-SDI in reviewing TPN’s just-announced plans for embracing cloud security and a new and flexible self-attestation program. The discussion – “The Future of Content Security: What’s Next for the Trusted Partner Network (TPN)” – will reveal why a common solution for content security is essential in a world where workflows are growing more complex and content creation is an ever-expanding industry.

“Security threats are growing more insidious and sophisticated even as work in the cloud becomes the new norm,” said Davies. “TPN’s expanded program will embrace all the ways work gets done in our industry today while growing capacity, providing a clear, inclusive framework for service providers to meet security benchmarks and for content owners to make more informed independent vendor selections from a more accessible and centralized source.”

Bill Baggelaar is Executive Vice President and Chief Technology Officer at Sony Pictures Entertainment. He is responsible for the media technology strategy, along with research & development efforts into emerging technologies that will shape the future of cloud-based production, post-production and delivery of content. Baggelaar joined Sony Pictures in 2011, focusing his efforts on streamlining and advancing 4K workflows from on-set capture to post-production for film and TV. He led the studio’s transition to the file-based world of IMF (Interoperable Master Format) for UltraHD. He also headed the team at Sony Pictures to help develop the world’s first 4K video service, Sony’s “4K Video Unlimited.” He is a member of The Academy of Motion Pictures Arts and Sciences, The Television Academy and SMPTE.

Michael Wise is Senior Vice President and Chief Technology Officer (CTO) for Universal Filmed Entertainment Group, a position he has held since joining the studio in 2014. He leads the development and execution of a comprehensive technology strategy and is responsible for the day-to-day delivery of all technology initiatives and operations in support of the business. Prior to his tenure at Universal, Wise held various technical and managerial roles at WarnerMedia companies. He served as Vice President, multiplatform distribution for Turner Broadcasting System where he oversaw the development of the company’s online video platforms including leading the technical architecture and industry outreach work for Turner’s TV Everywhere and CNNgo strategic initiatives. Before that, Wise held various technical and managerial roles at WarnerMedia corporate, Warner Music, and AOL divisions. In addition, he held roles at WarnerMedia leading antipiracy technical strategy across music, pay TV and filmed entertainment.

Debra Kaufman is widely recognized for her journalistic contributions in covering the film and television industry. Her byline can be found in the USC Entertainment Technology Center’s ETCentric newsletter as well as in American Cinematographer, ICG Magazine, the Motion Picture Editors Guild’s CineMontage and elsewhere. She earned her master’s degree from UCLA and a bachelor’s from UC Berkeley and has worked for UNESCO in Paris and the United Nations in New York.

About The Trusted Partner Network

The Trusted Partner Network (TPN) is the leading, global, industry-wide film and television content security initiative. Designed to assist companies in preventing leaks, breaches, and hacks of movies and television shows prior to their intended release, TPN seeks to raise security awareness, preparedness and capabilities within the industry. TPN provides industry vendors with a voluntary, cost-effective way to ensure that the security of their facilities, staffs, and workflows meet the MPA’s best practices and it accredits experienced auditors to conduct assessments globally. Through TPN, the film and television industry elevates the security standards and responsiveness of the vendor community, while greatly expanding the number of facilities that are assessed annually. The Trusted Partner Network is owned and managed by the Motion Picture Association. Learn more at www.TTPN.org.

About The Motion Picture Association