by Keith Gayhart | May 9, 2022 | Advertising, Commercials, Directors, people on the move | 0 comments 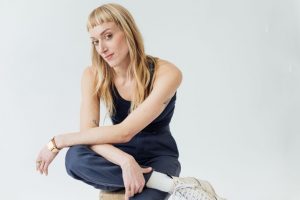 Cheesman’s new venture with Yard Dog marks the first time she has had representation in the United States as a commercial director. In Canada, her advertising credits include comedy spots for the Toronto Blue Jays, Real Canadian Superstore, TD Bank, the Toronto Raptors and Scotiabank. “Hannah is multi-talented and tremendously funny. We see her as a rising star,” says Joe Piccirillo, founder and executive producer, with Beth Pearson, of Yard Dog. “We are thrilled to launch her in the U.S.”

Cheesman was introduced to Yard Dog through her Canadian representative, Nimble Content. “I loved the diversity of Yard Dog’s roster and saw it as a good fit,” she relates. “In advertising, I predominantly do comedy, it’s where my heart is, and the fact that Joe and Beth understood that and embraced it was a great reason to connect.”

She added that she also related to Piccirillo on a personal level, observing, “He has had an interesting career and has curated Yard Dog as a space he wants to live and work in. For me, that is really appealing.”

Along with The Boathouse, Cheesman’s directing credits outside advertising include the Lifetime feature Caught in His Web, executive-produced by Whoopi Goldberg for Lifetime Studios, and the second season of the SXSW Jury Prize-winning web series Something Undone. She launched her directing career in 2013 with the comedy short Brunch Bitch. Her 2014 short Cheese screened at the Palm Springs International Film Festival, Cannes’ Coup de Coeur and other festivals worldwide. She has directed several other shorts, including Emmy, starring SAG-nominated Amanda Brugel, a winner of the National Screen Institute’s A&E Short Filmmakers Award, and The AfterLifetime of Colm Feore, produced by the National Film Board of Canada, and a nominee for a Writers Guild of Canada Award. Her most recent short, Succor, premiered at TIFF.

Cheesman is also the co-creator, writer and producer of Whatever, Linda, a web series that has won 20 awards, including the inaugural Canneseries In Development Competition at MIPtv. It is currently being adapted into a limited cable series starring Amy Smart.

Cheesman looks forward to applying her unique comedic perspective to U.S. advertising. “I come with a strong point-of-view,” she says. “I like people and I like sharing laughs. That’s why I love comedy commercials. I find them weirdly life-affirming.”