NEW YORK CITY— Goldcrest Post is currently providing sound editorial and mixing for the sixth season of Billions, Showtime’s critically-acclaimed and popularly-received drama about power politics in the world of high finance. Supervising sound editor/re-recording mixer Gregg Swiatlowski and re-recording mixer Eric Hirsch lead the sound team, as they have from the show’s first season, delivering a soundtrack that blends the show’s razor sharp dialogue with iconic pop songs and sound effects that capture the rarified ambiance of Wall Street brokerage houses and other hang-outs of the super-rich. The show was recently renewed for a seventh season.

In shepherding the show through post-production sound, Swiatlowski and Hirsch work under the direct supervision of Koppelman, Levien and Co-Executive Producer Michael Harrop. “Billions is very much a dialogue-driven show,” says Harrop. “Sound post-production is nuanced to ensure that the dialogue between the characters is highlighted, and the performances are clean. Eric and Greg are masterful in their technical aspects of sound, but they’re also storytellers themselves and skilled in making sure the emotion pops. They’re artistry helps make the show sing.” 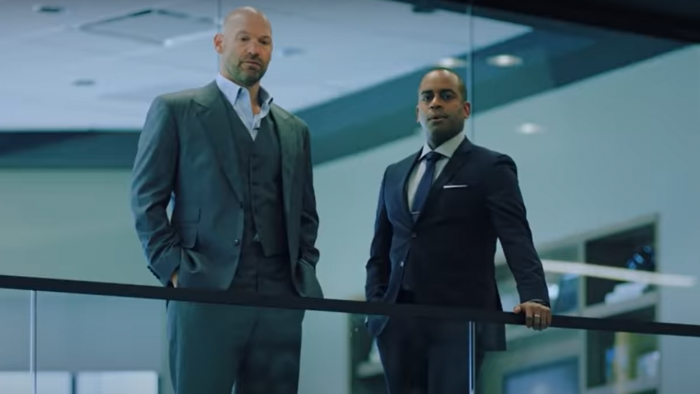 Background ambience is highly refined and pristine. Hirsch notes that sound effects are kept to a minimum and chosen with care both to avoid distracting from the dialogue and to subliminally underscore that notion that everything in the world of high finance is under tight control. “If you are a billionaire, you can afford the best soundproofing, so when we are in the company run by Mike Prince, it’s very quiet,” Hirsch explains. “The same sound aesthetic applies to other locations. Restaurants are upscale venues that only the super-rich have access to. The challenge for us is that many of the shooting locations are relatively noisy and require extensive clean-up to create the effect of serene silence.”

Post sound effects are applied with restraint but serve a critical function in establishing a sense of place. The many scenes set in Wall Street trading rooms include a patter of office sounds, but they are generally kept tucked away. “The trading rooms are almost hermetically sealed. You rarely hear phones as you would in a normal office,” observes Hirsch. “And the dialogue has to be more than just clear. Each cast member has a distinctive and interesting voice. We have to apply the right EQ for each person to capture the individual character of his or her voice.”

An exception to the quiet background environments is the U.S. Attorney’s office where Rhoades works. In contrast to Prince’s firm, it is a beehive of activity full of traditional office equipment and people coming and going. “We employ a regular loop group to create ambience. When you hear them, you immediately know you’re in Chuck’s office,” Hirsch explains. “But, even there, it’s restrained. You hear it but it’s not a focus of attention. It never distracts from the story.” 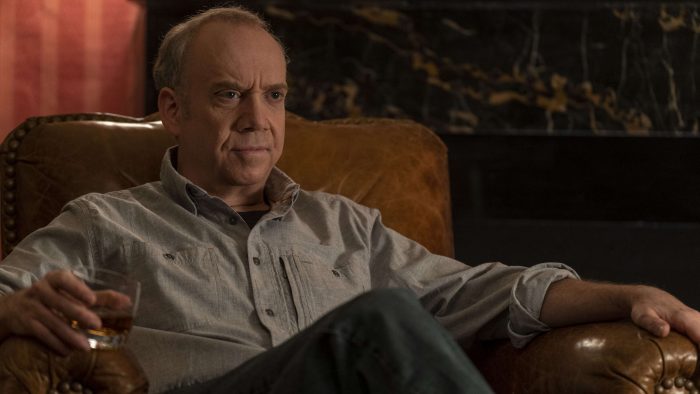 “Sound defines the spaces that the characters live in, but does so subtly, so viewers don’t notice adds Harrop. “Eric and Gregg excel in that way. They make you feel like you are inside the show.”

One other big component of the soundtrack is music. The show has garnered wide praise for its deft use of pop songs, both familiar and obscure. The fifth season included songs by artists as diverse as Patti Smith, Bad Company, U2, Warrant, Cat Stevens and Metallica. The Rolling Stones, the Allman Brothers Band and Public Enemy are among the artists featured in season six.

“Music is a constant; it’s almost as omnipresent as the dialogue,” notes Hirsch. “It adds intensity to the mix, but, as with the sound design, it does so in a subliminal way. We shape and blend it so that it doesn’t mess with the dialogue. It pokes through now and then, but otherwise it’s an underscore that serves to ratchet up the tension.”

Music cues are deployed effectively to drive the story forward and set the mood. Hirsch points to a scene from the show’s fourth season that made brilliant use of the Fun Lovin’ Criminals track The King of New York The track “It was a fun sequence,” he recalls. “It’s a montage that follows Chuck as he visits several upscale restaurants. It was a chance for us to pump the sound, while creating a mood and a contrast to quieter moments.”

Through six years of close collaboration, the producers of Billions and the Goldcrest sound team have developed mutual trust and confidence. “We look forward to mixing at Goldcrest because we know it’s going to make the show, often more than we imagined,” says Harrop. “It’s a pleasure to work with artists who’ve also become friends and are committed to delivering the best version of every episode.”