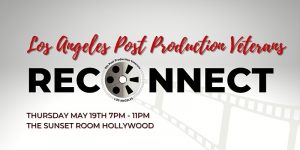 HOLLYWOOD— More than 350 post-production professionals assembled at The Sunset Room in Hollywood on May 19th to reconnect with former colleagues and celebrate the 1990s, a decade in which the industry they love changed forever. Held under the auspices of the 90s Los Angeles Post Production Veterans Facebook group, the event drew editors, colorists, sound mixers, visual effects artists, engineers, sales reps, executives and others who manned the frontlines as facilities negotiated monumental shifts in technology, workflows and business models. 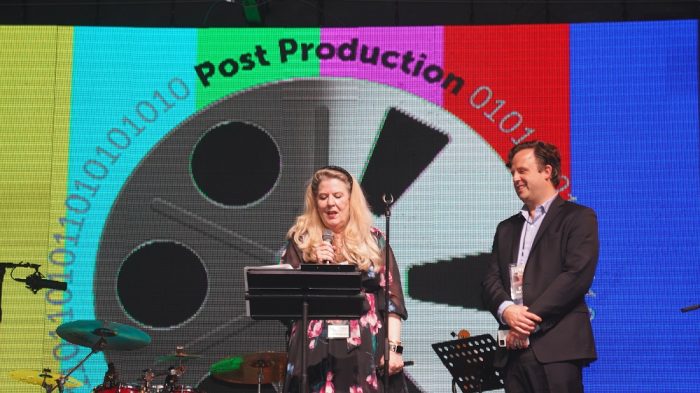 The group and event were conceived by MTI Film CEO Larry Chernoff, who was an executive with Encore Hollywood and RIOT during the 90s and helped guide those companies through the complex transition from 35mm film and analog videotape to digital media. “Those of us who were there…were riding a wave of innovation that was as intoxicating and thrilling as any previously experienced in our industry,” Chernoff told the crowd. “We also experienced a significant business shift from small entrepreneurial post houses to the consolidations that created the monolithic entities we see today. Good or bad, it changed how we did business and our personal experience.” 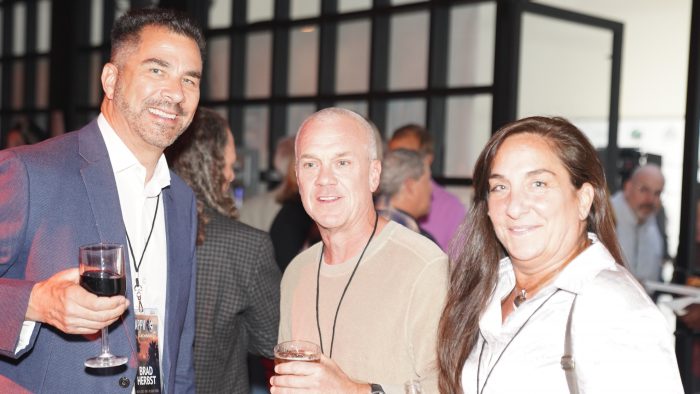 Overflowing in goodwill and high spirits, the evening was punctuated by lots of laughter and a few tears. Esther Austin, manager of editorial operations at the Formosa Group served as master of ceremonies while a lively jazz band provided the entertainment with cover versions of hits like Prince’s 1999. 1606 Editorial’s Doug Walker produced a photographic montage documenting the people and events that shaped the decade, as well as an In Memoriam video, honoring pros who had passed.

The event also served a serious purpose as proceeds from sponsor donations, ticket sales and a silent auction totaling more than $15,000 benefitted the Los Angeles Mission. Linda Rheinstein, CEO of Space Games Federation and daughter of Fred Rheinstein, a partner in The Post Group, announced plans to continue the fundraising effort to support a Media Lab Education program that will provide post-production training to people afflicted with homelessness, or drug and alcohol addiction.

But the overriding focus of the night was on fun and memories. Gray Ainsworth, who led technical operations at MGM in the ‘90s and currently is principal of Gray Matter Media, was delighted to chat with old friends who managed an “incredible and complicated transition in technology.” “It’s not often I get to spend the evening with 350 people who know the difference between NTSC and PAL…and the pain of bad soup at the lab,” he joked. “It is a special fraternity.” 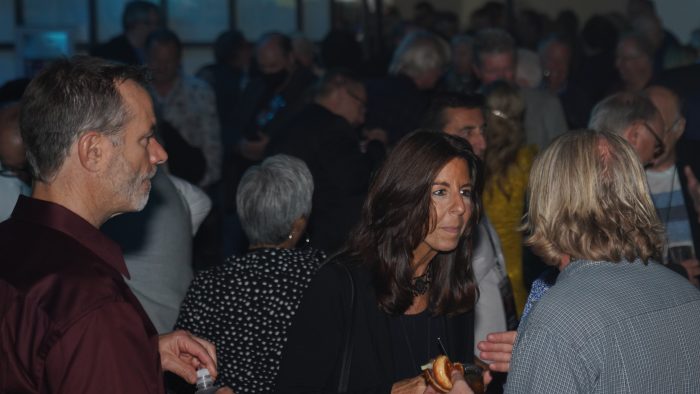 Michael Daruty, Senior VP at NBC/Universal Technical Operations, remarked about the “electric atmosphere” in the room. “I felt proud to have worked with so many fine people for such a long time and that we all survived…and thrived,” he said.

While reveling in accomplishments from 30 years in the past, the partygoers also rejoiced in what persists to the present day. “While we clearly ended the decade differently from where we started,” Chernoff observed, “what remains are the bonds of friendship that grow stronger with each passing year.” 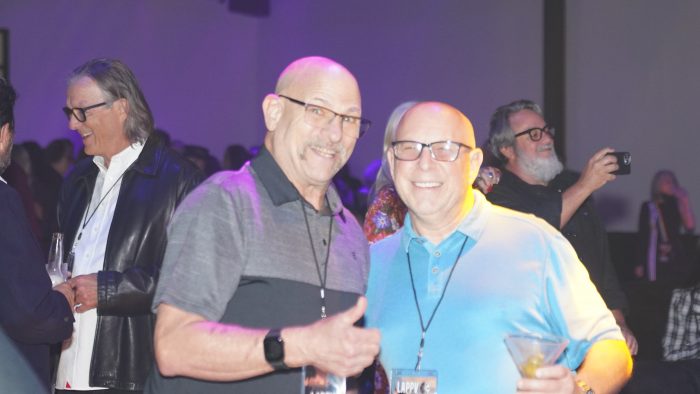