Working in partnership with UniSA, the studio seeks to develop a pool of highly skilled young artists in Queensland.

Adelaide, South Australia— Film and television production has made a stunning comeback in the wake of the pandemic as producers worldwide seek to meet the public’s insatiable hunger for new entertainment. All sectors of the industry have benefitted, but visual effects studios have fared especially well from the boom in studio blockbusters and streaming content.

Adelaide-based Rising Sun Pictures (RSP) has seen its fortunes grow spectacularly over the past two years. It has applied its artistry to an impressive series of high-profile projects ranging from the Baz Luhrmann film Elvis and Marvel’s Thor: Love and Thunder to the hit series The Boys, Cowboy Bebop and Hawkeye. To keep pace with its burgeoning workload while maintaining the quality that is its hallmark, RSP has expanded. It has added staff and resources to its main studio in Adelaide and also launched a satellite operation in Brisbane.

RSP’s highly regarded education program is also growing. It, too, is expanding to Brisbane, beginning with its Graduate Certificate in Dynamic Effects and Lighting program. Aspiring artists in Queensland can now develop their craft under the guidance of working artists in a professional studio environment. 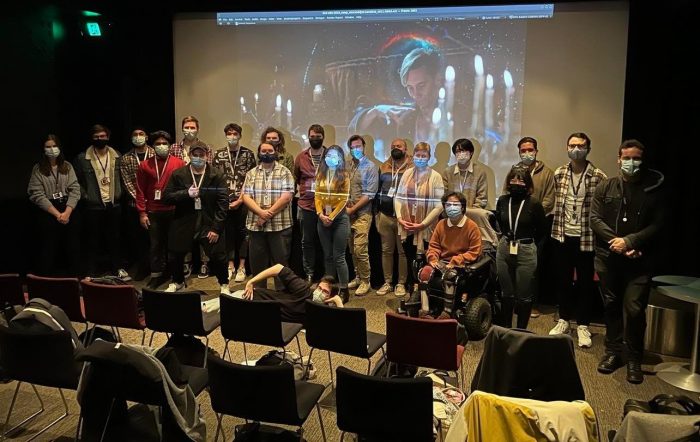 “We saw a unique gap in the VFX market and opened our Brisbane studio early this year,” says RSP Head of Business Development Jennie Zeiher. “Our intent is to help build the VFX industry in Queensland, which is already a renowned, international filmmaking destination. A key component in that effort is education. It’s essential to developing a studio-ready talent pool.”

RSP has been training artists for seven years in the program it runs in partnership with the University of South Australia (UniSA). It has provided over 150 students with the skills they need to step into junior artists roles. The program has been enormously successful in supplying RSP and studios across Australia and abroad with the talent they need and providing young people with challenging, creatively-stimulating work and promising, long-term career potential.

“The industry’s continued growth comes with an unprecedented need for skilled artists,” explains Zeiher. “To compete, studios need a balanced mix of staffing. That’s why junior artists are so important! In a few years, juniors will be working at mid-level with the potential to be employed by the industry’s best.”

The program has also been a big win for UniSA, which sees it as an asset in its mission of preparing students for successful careers. “Our partnership with Rising Sun Pictures is evidence of our joint commitment to high quality programs that are deeply engaged with industry,” notes Veronika Kelly, the university’s Dean of Programs in Creative. “We are both invested in the education of excellent graduates who are going to hit the ground running.”

Like RSP, UniSA is excited to gain a foothold in Brisbane. The university has impressive online education programs (that expanded significantly during the pandemic), but this is the first time it will be involved in onsite professional training outside South Australia. “It allows us to further contribute to growing the creative economy nationally and supporting sustainable-growth employment for local talent,” says Kelly. 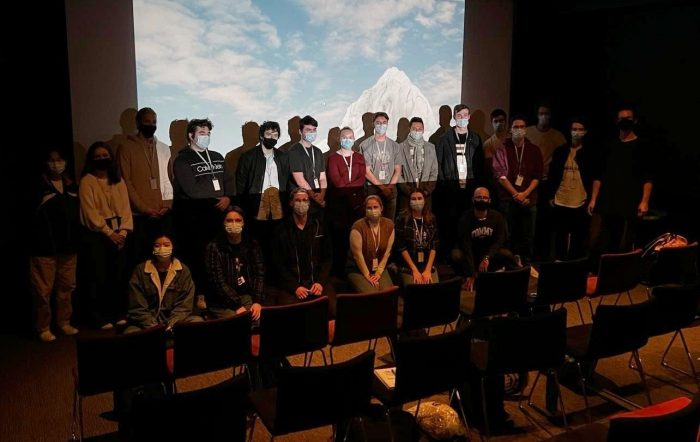 As terrible as the pandemic has been, it has served as a catalyst for change. It’s inspired companies like RSP to innovate and reinvent their workflows and business models. Higher education providers like UniSA have come up with new ways to attract and educate students. “We know that a hybrid approach can work,” Kelly observes. We can deliver onsite in South Australia and Queensland concurrently in programs that stream together. It’s changing the nature of higher education and it’s something that we actively embrace as we move forward.”

Although RSP’s program is new to Brisbane, the products of that program are not. Queensland animation studio Pixel Zoo has hired over a dozen RSP graduates in junior artist roles. Another former graduate, Ben Cooke, recently transferred from RSP Adelaide to Brisbane where he will be both a working artist and a teaching assistant in the new education program. “Ben will be a great support to students there through his personal experience in the program,” says Zeiher. “As an effects artists and teaching assistant he will help nurture the next generation of Brisbane artists.”

Over the past two decades, Rising Sun Pictures (RSP) has been delighting and inspiring audiences worldwide, by creating some of Hollywood’s most memorable screen moments. Its Adelaide studio is home to more than 200 exceptional crew who enjoy the advantage of its head office being located in one of the world’s most livable cities. Its sterling reputation cemented by its creative leadership has made it a trusted partner for studios and filmmakers worldwide. Focusing on producing only the highest quality and innovative solutions, RSP has an extremely flexible, custom pipeline, which allows the company to scale up quickly and adjust its workflow to meet the needs of clients and audiences’ demand for evermore spectacular visuals.

RSP’s commitment to creative leadership and quality has led to being the recipient of awards including the 2020 Australian Academy of Cinema and Television Arts Award for Best Visual Effects for its work on The Eight Hundred and the Creative Industries award at the 57th Australian 2019 Export Awards.  Its work has been shorlisted for countless awards, including Academy, BAFTA and Emmy nominations. RSP is dedicated to developing the next generation of visual effects artists through its unique accredited training program, delivered in partnership with the University of South Australia. In 2021 RSP joined the Fuse Group alongside sister companies FuseFX and Folks VFX. The group has a combined 800 artists in nine locations across the globe.