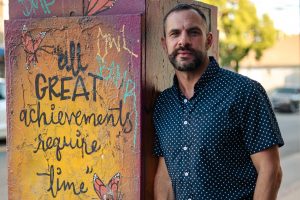 Mannino brings broad experience in business development, strategic partnerships and music licensing. “Marc’s expertise will be a huge asset as we continue to build relationships and broaden our profile,” said Howling Music creative director Ryan Claus. “He knows about a lot of stuff we’ve never even heard of.”

For his part, Mannino says he’s a longtime fan of Howling Music, both as an original music house and burgeoning music library. “They’re surprising,” he says. “I thought these guys were mostly insane or heavily medicated, but it turns out they’re actually just really good at what they do.”

“I am excited by the opportunity to build a solid West Coast presence for Howling Music,” Mannino says. “These guys will either completely shake up the music-for-advertising world or will wind up in jail. I’d give them even odds at either.”