LONDON—Colorist Society (CSI) today announces the launch of a Chapter in Poland. Led by veteran colorists Konrad Ziecina, CSI and Tomasz Frąszczak, CSI, the Chapter is open to professional colorists across Poland’s rapidly growing film, television and advertising industries. It plans to foster networking opportunities, host meetings and training sessions, and promote the craft of color grading both in Poland and internationally. The group also plans to host a Colorist Mixer.

“Poland is one of the fastest growing production centers in the world with many world-class post-production facilities and experienced colorists,” says Colorist Society President Kevin Shaw. “In light of the amount of content being produced in Poland, it is very important to expand CSI’s presence there. Konrad and Tomasz have ambitious plans and we are thrilled by their efforts.” 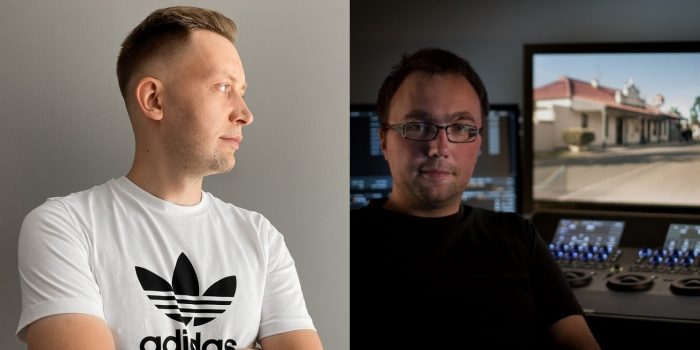 Ziecina and Frąszczak say the new chapter has received an enthusiastic response from their colleagues. “Poland has long been recognized for excellence in cinematography. We want the world to know that we also practice color grading at the highest level.” Ziecina states. “We want to build a strong community and promote high standards.”

Film and television production in Poland is booming, driven by a government incentive program that provides 30 percent rebates for certain production and post-production expenses. Netflix, which earlier this year expanded its regional headquarters in Warsaw, has produced several projects in the country, including The Woods, Sexify, Operation Hyacinth and Nobody Sleeps in the Woods. Netflix’s Polish production arm also recently produced the six-part drama High Water, which has drawn critical praise for its authentic depiction of disastrous floods in Silesia in 1997.

Zięcina and Frąszczak say that Polish colorists are looking for new opportunities not only in Poland, but also internationally. “The advent of remote work is opening doors to the global film industry,” they observe. “We are very excited about the progress of technology and the opportunities it provides.”

Ziecina is Founder and Senior Colorists of Rejbel Studio, Krakow. A three-time nominee for Best Colorist at the annual Colorist Awards, he has graded numerous features, documentaries, television series, commercials and music videos, with recent credits including the films Gamodi, Swell and The Devil.