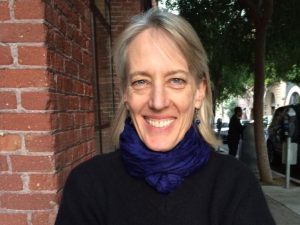 “An extraordinarily gifted sound artist, Gwen has lent her talents to an amazing diversity of films and television shows,” said MPSE President Mark Lanza. “She has been a true pioneer since her earliest days in the industry and has served as a mentor, role model, and inspiration to countless aspiring sound editors. The MPSE takes great pride in presenting her with our annual Career Achievement Award.”

“This award reminds me of how lucky and grateful I am to have had the opportunities I’ve had,” said Whittle. “I have huge support from my family and my colleagues that allows me to thrive in a very competitive industry, still be in the thick of it, and work with the most creative people from all over the planet. Huge thanks to all the people who have mentored, supported and encouraged me through the last 30-plus years. I am eager to see where this takes me next.”

Based at Skywalker Sound in Northern California for more than 30 years, Whittle has worked on well over 120 films, from small independents to blockbusters. Starting as a PA in the art department on the Sundance film Smooth Talk, she later made the leap to sound on The Unbearable Lightness of Being and never looked back. Specializing in production sound and ADR editing, she has collaborated with brilliant directors and sound designers from all over the world. She has devoted much of 2022 to final mixing on Avatar 2: The Way of Water in Wellington, New Zealand.

“My passion comes from the people I work with,” she observed. “The camaraderie between the people on a crew keeps my faith in humanity alive; we can and do create gorgeous soundscapes together. Too often we face daunting deadlines and stress, but we always manage to deliver, and deliver well.”

Whittle’s two Academy Award nominations came for Avatar and Tron: Legacy. She received an Emmy nomination for her work on WandaVision.  Additionally, she is the recipient of six MPSE Golden Reel Awards (Titanic, Saving Private Ryan, The Curious Case of Benjamin Button, Super 8, Epic, and Carne e Arena), alongside 20 nominations. Along with MPSE, Whittle is a member of AMPAS, BAFTA, and SAG. She received an honorary PhD from the Academy of Art University in San Francisco. She often gives talks about her experiences and made an appearance in the documentary Making Waves: The Art of Cinematic Sound.

Founded in 1953, the Motion Picture Sound Editors is a non-profit organization of professional sound and music editors who work in the motion picture television and gaming industries. The organization’s mission is to provide a wealth of knowledge from award-winning professionals to a diverse group of individuals, youth and career professionals alike; mentoring and educating the community about the artistic merit and technical advancements in sound and music editing; providing scholarships for the continuing advancement of motion picture sound in education; and helping to enhance the personal and professional lives of the artists who practice this unique craft.