NEW YORK CITY— Post New York Alliance (PNYA) Chair Yana Collins Lehman has been appointed to New York City’s Film and Television Council, which operates under the Mayor’s Office of Media and Entertainment. Collins Lehman will join other industry professionals, representing labor unions, production companies, soundstages, studios and trade organizations, in promoting economic development programs and policies to support the film and television sector of the city’s economy. She will also serve on the Council’s Workforce Subcommittee, focused on expanding employment opportunities. The appointment was announced by Maria Torres-Springer, Deputy Mayor for Economic and Workforce Development. 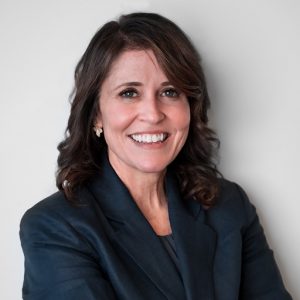 Collins Lehman says she will use her new role to advocate for the post-production industry and build awareness for its contributions to the local economy. “I am delighted to join the Council and pursue initiatives that will benefit post-production companies and the thousands of professionals who work in our segment of the industry,” she says.

PNYA has been highly successful in supporting the post industry in New York City and statewide. It has been a consistent voice for the inclusion of post-production and visual effects in the state’s Film and Television Tax Incentive Program. It has also played a lead role in promoting diversity in post-production.

“The tax incentives have generated a lot of jobs and produced enormous revenue for businesses across the state,” Collins Lehman states.  “Additionally, through our work with Reel Works, Made in New York’s PA Training Program and Brooklyn Workforce Innovations, we’ve created an employment pipeline for groups that have often lacked access to jobs in our industry.”

Collins Lehman hopes her work with the Film and Television Council will draw attention to post-production. “Post production doesn’t always generate the attention accorded to production, but we provide critical services to films and television shows every day,” she observes. “In part due to tax incentives, post-production in New York has grown substantially and continues to add to the economic vitality of the city and state.”